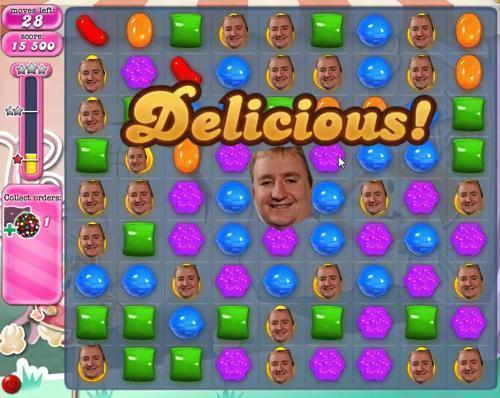 Add to this the further insult that some of his vocal critics have been crying --- this was all played out on a taxpayer funded iPad. Looks like the taxpayers' dollars, errr pounds, are hard at work! And don't forget, the game may be a free download, but there are plenty of in-app purchases which our esteemed MP could partake. There goes the budget of the entire United Kingdom.

The Sun newspaper published the story along with a picture of Conservative MP Nigel Mills in the middle of his game. Mills had told the Sun that "It was a long meeting on pension reforms, which is an important issue that I take very seriously." Right... Later Mills did apologize (of course) and said it would never happen again. We can only hope.

In 2013 Mills was awarded "The Spectator's Parliamentarian of the Year Award". We have no idea what this is, but it seems fitting for Mills, that during the Candy Crush Incident he was in fact nothing more than a "spectator" in the meeting. You know which meeting we mean. The one MP Mills takes very seriously. Seriously?

Let's just say he got "crushed" on this one. Let's keep #CandyCrushGate trending. Who will be the politician or business leader to be taken down next in the Crush Saga!