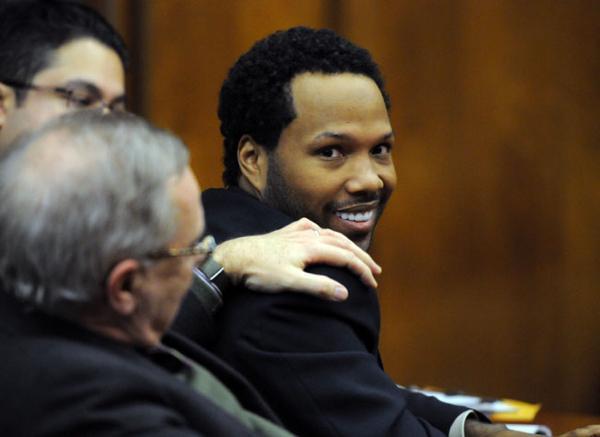 What's worse (other than his first name!) is that Harris is supposed to be getting married this month (May 2015.) Poor guy, even if he doesn't get prison time, he's still going to "jail" with the old "ball and chain".

Harris admitted to being involved in a drug trafficking operation that went on for 7 years and included the shipping of cocaine and heroin to the Rochester region of NY. Now he's not only facing prison time and major fines, but also having to give up all the money he has received from the TV show, totalling more than $103,000 according to his attorney, Donald Thompson. Hmmm... that's it... maybe that's why he turned to running drugs...

Harris and his fiancee were supposed to be getting married on live TV. This could still happen since his sentencing isn't happening until Aug 31, 2015. Meanwhile he's out on bail!

So to sum it up... Mendeecees, no matter how mendacious he tried to be, could not avoid a hellacious sentence from his audacious drug operation. Hope we're not too loquacious!