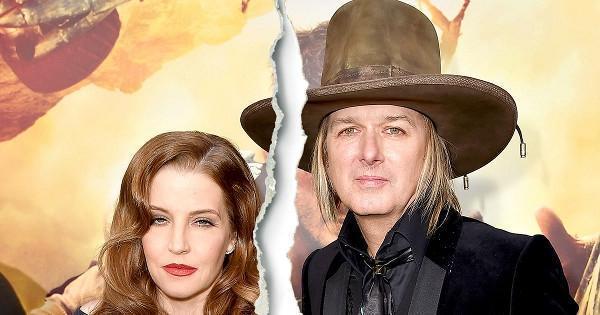 Lisa Marie Presley, daughter of the late superstar Elvis Presley and Priscilla Presley has checked into a rehab facility in Los Angeles, We don't want to be cruel here, but the reported $400,000 a month this may set her back seems a bit pricey to us, Such is the cost of being a multi-millionaire celebrity addict. It appears her recent divorce after 10 years of marriage from her fourth husband Michael Lockwood may have triggered her relapse into drug and alcohol abuse.

Like father like daughter. Elvis was the King but lost his throne to the dual sins of addiction and vanity which led to his overdose death in 1977. Lisa was only 9 at the time, but as she grew up she exhibited some of the same problems her dad had. Lisa Marie has battled her addictions both publicly and privately for years. Now, with a contentious divorce including a custody battle over twin 7-year daughters, Lisa once again has apparently fallen off the wagon.

In the past she leaned on her connections to Scientology to provide help for her problems. Thirty years ago at age 17 she checked into their Celebrity Centre rehab facility for treatment. That is where she met husband number one Danny Keough. Two addicts hooking up never seems to be a great choice and after two children they ended up in divorce court. After she split with Danny you may remember she married Michael Jackson. Another terrific choice and we all know what happened there - she split with him... and oh yeah... he died. Nicolas Cage took a shot as husband number three. That lasted 108 days and the divorce proceeding took longer than the marriage. Now that Lisa Marie and Michael Lockwood have called it quits poor Lisa has fallen once again. Let's hope she doesn't meet anyone but doctors while she is in rehab.

Her financial situation as a millionaire-ess will likely get her through. She won't need spousal support and with a post-nuptial agreement the division of assets may already be determined. Rumors abound that she has reportedly started selling Elvis memorabilia to cover her expenses. Even the private jets on exhibit at the Graceland Mansion are on the block. Supposedly it was the money-grubbing and abusive behavior of her ex that drove her to split. Money, drugs and celebrity. In the Presley household they all seem to lead to perpetual heartache.