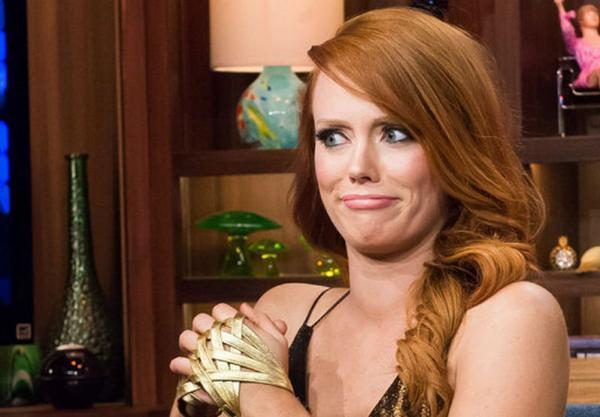 Charming! That's all we can say about Southern Charm star Kathryn Dennis who entered rehab for "unspecified treatment." In reality this reality show star has had her battles with drugs and alcohol, so why else would she take the rehab route? And there's more considering her custody battle for her kids with their father Thomas Ravenel!

Apparently Kathryn showed up at a court appearance to negotiate for custody of 2-year old daughter Kensington Calhoun and 8-month old son St Julien Rembert uhhhh... shall we say unprepared? Yeah... unprepared for the test she took where she tested positive for marijuana and cocaine. Maybe that's why she lost her unsupervised custody privileges. Check out the highlights of the agreement mandated by the court:

“Thomas was granted unsupervised joint custody of the two children, Kensington and St. Julien.
“Kathryn was granted supervised joint custody — Thomas agreed to allow Kathryn’s parents to supervise her time with the children.
“Custody will be split 50/50, with each parent alternating a week of custody.
“No drug use will be permitted.
“No paramours are allowed between certain hours in the home of either parent.
“No abuse of prescription drugs will be permitted.
“No drinking alcohol is allowed.
“Each parent MUST refrain from any alcohol or drug use, 12 hours prior to picking up the children for their designated week of custody.”

Pretty explicit. So what do you do when you get busted... Into Rehab! And while she is there, rumors are circulating that she "met someone". We hope he's a doctor, cause she needs help!