Lil Wayne Shows How Small He Really Is 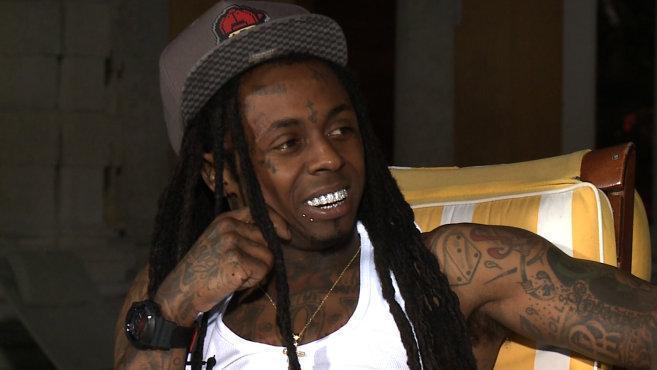 Lil Wayne's got a problem keeping time and the good folks at High Times are pissed off about it ... after he abruptly ended a pot festival concert. This rapper rapped things up early ranting and raving about who knows what. Only the audience was left to wonder ... WTF?

A rep for High Times told TMZ they have, "no idea why Lil Wayne suddenly ended his performance after just four songs when he was contractually committed to performing for an hour for the fans." The rep added all the other acts on the bill -- including B.o.B. -- performed as expected and the show was going well until Weezy got sour.

As TMZ had reported ... Wayne started ranting he'd never do the High Times gig again. It's unclear who he was was talking to at the time. High Times says it's baffled and still waiting for some explanation from Wayne's team. We're not...he was high! And not the first time either!

Check out the LIl Wayne story: Dwayne Michael Carter, Jr. (born September 27, 1982), better known by his stage name Lil Wayne is an American rapper. At the age of nine, Lil Wayne joined Cash Money Records as the youngest member of the label, and half of the duo, The B.G.'z, with B.G.. In 1997, Lil Wayne joined the group Hot Boys, which also included rappers Juvenile, B.G., and Young Turk. Hot Boys debuted with Get It How U Live! that year. Lil Wayne gained most of his success with the group's major selling album Guerrilla Warfare, released in 1999. Also in 1999, Lil Wayne released his Platinum debut album Tha Block Is Hot, selling over one million copies in the U.S.

Although his next two albums Lights Out (2000) and 500 Degreez (2002) were not as successful (only reaching Gold status), Lil Wayne reached higher popularity in 2004 with Tha Carter, which included the single "Go D.J." Wayne also appeared on the Destiny's Child top ten single "Soldier" that year. In 2005, the sequel to Tha Carter, Tha Carter II, was released. In 2006 and 2007, Lil Wayne released several mix-tapes and appeared on several popular rap and R&B singles. His most successful album, Tha Carter III, was released in 2008.

So with all that success and surely all that money what is this dude's problem? Too much money and too much fame, not enough respect for the fans that handed it to him.