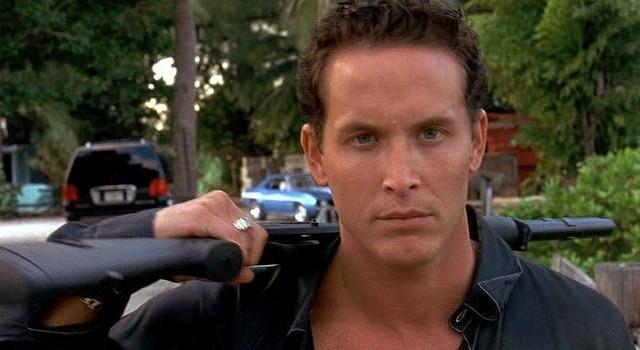 Cole Hauser, who played the villain in the 2003 second installment of the franchise hit 2 Fast 2 Furious proves that life imitates the movies... and life imitates life. Not remembering or caring that another Fast & Furious alumni Paul Walker lost his life behind the wheel, Hauser was busted in LA for DUI after recklessly weaving on the 101 freeway. He was going too fast... and we'll bet his fans and his mamma are now furious.

When Paul Walker tragically lost his life driving too fast for his own good back in 2013 the irony of the movie connection escaped no one. And now here comes Hauser, who thankfully got busted by the observant LAPD before anybody got hurt, The charge was ultimately DUI after the :LA cops say Hauser almost crashed on the 101 freeway apparently speeding, weaving and drifting. And no, this was not a scene from the movie or it would have been his stunt double that got busted!

According to the arrest report, Hauser's erratic driving came to the attention of some alert officers who took notice and pulled him over. The police were suspicious and said Hauser seemed drunk to them. So they gave him a field sobriety test and boom... he was cuffed and taken to the station, where he was booked for DUI. To be rather than to seem. Drunk that is.

Well... he's out on $15,000 bond now and will be returning to court where he will face the music. Before we roll the credits on this one we note that several attempts to reach Hauser or his rep have gone unanswered. The Dazed and Confused star is probably just that!