Judy Garland Got it Wrong: Celebs are Supposed to Look 20 Years Younger, Not Older! 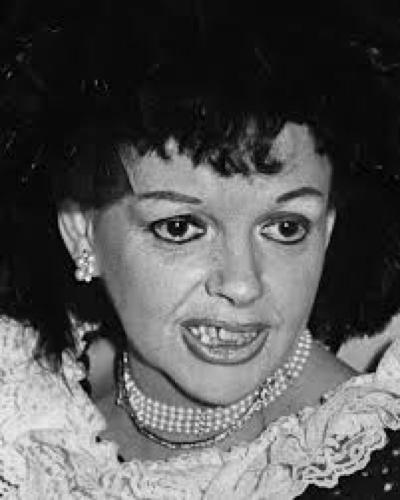 Have you ever seen a photograph of Judy Garland at the end of her life? If you know her only as Dorothy from The Wizard of Oz, you might see that later photograph and think, "Hey, that's nice... a child star who had an impressive career and lived to a ripe old age." That is, If you consider 47 ripe and old.

Clearly, at what should have been just the midpoint of a great career, she wasn't doing, or looking so hot. Not even Botox could have saved that gaunt, aged face. Sadly, Judy Garland died from an overdose of barbiturates on June 22, 1969.

How far back could we have seen this coming? Maybe all the way back to 1935, when her iconic singing voice got her signed with MGM at age 13. But it didn't take long for MGM to realize that Judy wasn't going to move past her 4'11 height, and the studio didn't know what to do with her. Next to Ava Gardner, Lana Turner, and Elizabeth Taylor, she was considered the Ugly Duckling.

Around the time when producers were questioning what on earth to do with Judy, Mickey Rooney was preparing to take a break from his Andy Hardy films to shoot Babes in Arms... Light-bulb moment! Judy can play the girl-next-door "friend: he doesn't notice because he's too in to Lana Turner's character. It worked. Babes in Arms was a success, and MGM made plans to release several more Andy Hardy installments back-to-back with Judy as a co-star. To keep up with an exhausting filming schedule, Mickey and Judy were given amphetamines to keep them going during the day and barbiturates to help them sleep at night.

So that's how that started. We all know the next part: The Wizard of Oz! And whoosh, suddenly Judy is beautiful and brilliant. But inside, she's still Ugly Ducking Judy who needs drugs (apparently) to make movies.

Judy continued to produce hits for MGM as she transitioned into adulthood, including Meet Me in St. Louis. This is where she met the director and soon-to-be first husband, Vincent Minelli. They married in 1945, popped out Liza, and divorced in 1951.

Judy suffered her first major breakdown and suicide attempt during filming for The Parade. It was downhill from there. She developed an alcohol problem and her bag was always full of various pills. Still, she was always on time and ready to work. Until Annie Get Your Gun. She hated the idea of going back to an "ugly duckling" character, and when she did show up to set, it was under one influence or another and with a bad attitude. She was ultimately replaced by Ginger Rogers.

There were a few more marriages and many more drugs, but you see where this is going. Judy Garland was an immense talent, but she was haunted by her own insecurities. Had she not been so criticized for her looks at such a young age, not to mention regularly offered drugs by studio executives, she might have lived long and looked young.