Craziness Is Like Heaven and Jimi Hendrix is The Guitar God 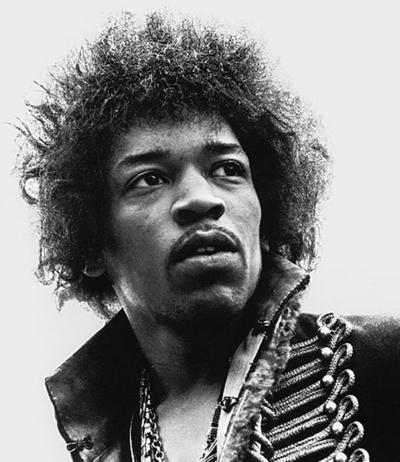 Jimi Hendrix, the very name says it all. If you haven’t heard of this legendary artist, you’ve apparently been living in a cave for the last 50 years. He lived a short but meteoric life as a member of the "27 club."

Hendrix got his start with the likes of the Isley Brothers, Little Richard, and Curtis Knight before moving to England to create the Jimi Hendrix Experience. He immediately earned 3 UK top ten hits and achieved fame in the US just a year later. His third album, Electric Ladyland rose to number one.

Jimi could have achieved fame on pure talent alone, but his philosophy was craziness is like heaven and he wasn’t afraid to let it be known. On stage, he was known for playing the guitar behind his back, with his teeth, and upside down. He’s been called a guitar god, which is only fitting since he referred to his music as electric church. He even burned his guitar on stage as a sacrifice, saying we all burn things we love. Now, some of you guitar aficionados are probably shouting a few choice curse words right now, but don’t worry. It was later revealed Hendrix switched out his precious black Fender Stratocaster for a lesser model that was actually burned. Hey, Jimi might have been crazy, but he wasn’t stupid.

Offstage, his antics only grew with his fame. He once let a groupie encase his penis in alabaster. Hendrix made no attempt to hide the fact that he was an angry drunk. After drinking hard liquor, he’d become violent often attacking his friends and girlfriends. His use of marijuana, LSD and amphetamines was legendary.

On September 17, 1970, Jimi and his girlfriend du jour were in London. After partying half the night with friends, they began drinking wine and talking. Finally going to bed around 7 a.m. Jimi, found himself unable to sleep and asked his girlfriend for some of her sleeping pills. She willingly handed him the bottle. He took 9. Can anyone take a guess what happened next? Monika, Jimi’s girlfriend awoke around 10 or 11 am. Jimi, well, Jimi truly kissed the sky that night. He never awoke again, having died of, as the medical term states, asphyxiation sometime during the morning. The less glamorous would say, he choked to death on his own vomit.

Jimi was once quoted as saying, “It’s funny how most people love the dead, once you are dead you are set for life.” Proving true, Jimi Hendrix’s legend has only continued to grow. Jimi Hendrix, the guitar god and self-proclaimed leader of the electric church, joined the {modal http://en.wikipedia.org/wiki/27_Club}famous 27 club.{/modal}