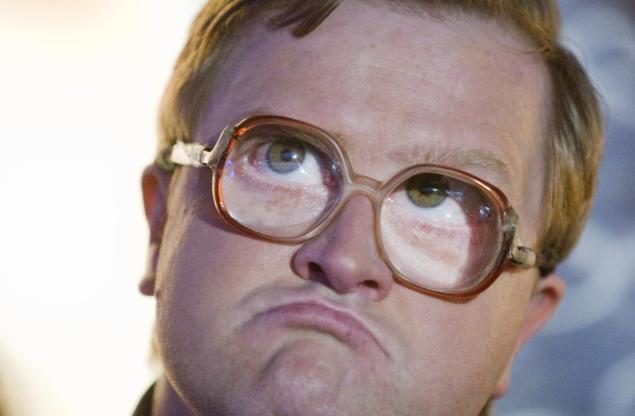 Yikes! Actor Michael Smith, known for the role of the lovably goofy Bubbles in the hit show 'Trailer Park Boys', was arrested for domestic battery. Looeds like Bubbles blew it on this one. But in a surprise turnaround the LA City Attorney rejected the case for insufficient evidence. Read how this all happened.

The alleged altercation that landed the 43-year old canadian-born actor in cuffs took place in a bathroom at the historic Hollywood Roosevelt Hotel. And it wasn't even the victim who filed the charges. Apparently some other hotel guests were outside the bathroom and heard the heated argument that was taking place inside. Fearing for the safety of the female voice they heard, they entered the room. There they allegedly found Smith pinning the woman against a bathroom wall before she emerged with a ripped shirt and no pants. That's when they called the cops... and when Smith high-tailed it outta there.

The woman was Georgia Ling a co--star of the cult-hit mockumentary. But there was nothing mock about the police handing of this incident as they tracked Smith down in spite of Ling's protestations that there was no real issue. Hope she had her pants on when she was interviewed.

Smith is out on $20,000 bond. Most of the cast and crew of Trailer Park Boys are backing Smith. All we can say is dude, quit acting like you were raised in a trailer park or something. And be thankful the City Attorney dropped the case.

As usual thanks to our friends at TMZ for the news and the updates.