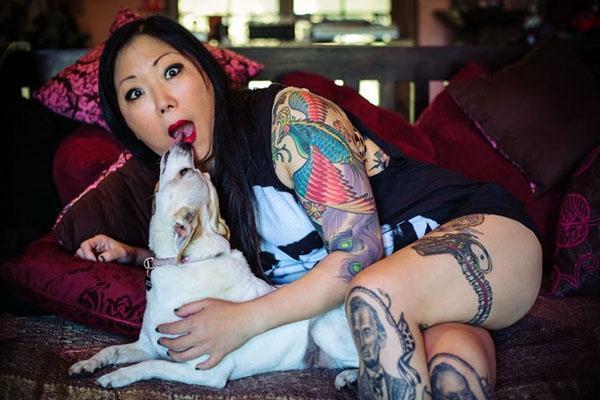 Margaret Cho, the tattooed Asian comedienne who is known for her edgy style of humor got a little too close to the edge at the Stress Factor comedy club in New Jersey last weekend. Whatever stress she was under she forgot many of her punchlines and resorted to ranting at audience members as many left the show in disappointment. Gives new meaning to her tour name "... There's a Cho in Psycho."

At the late show on Saturday, Cho seemed to have completely lost it slurring her words and rambling incoherently. She labored on depressing subjects including the death of Gary Shandling and her own rape. Where she usually ends such bits with sharp wit and humor this night she couldn't hold it together. Nothing made sense, and of course nobody was laughing. Things got so bad the audience began to murmur and ignore her. Then many bolted for the exit as Cho continued her rant directing her on-stage remarks to those leaving the club, calling them racists and over-privileged white people.

Cho has denied that she was high on drugs or alcohol, but has mixed up her story several times. She has claimed her less than stellar performance was both due to jet-lag and then to depression over learning of the death of Shandling, who was one of her comedy heroes. But we know Cho has battled addictions in the past and recently may have been using medical marijuana. So now we wait to see if the story changes once again.

Many of her fans fear for her health. In situations like this Into Rehab can only report and hope for the best.