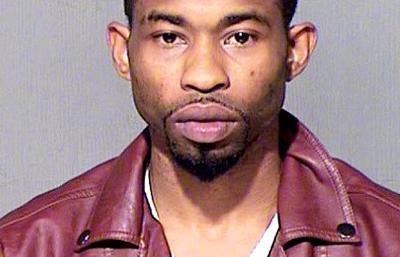 On Super Bowl Sunday 2015 while driving in Scottsdale, AZ, child star of the 90s sitcom "Moesha" was arrested on suspicion of DUI and possession of Marijuana. Hah... All grown up now!

Paulk was pulled over after he was found driving dangerously close to a fire truck and two police cars that were on the side of the road. All we have to say is, can you be so stupid? At least drive recklessly next to some old granny so you could potentially blame it on her (not that we are encouraging reckless driving of course -- just sayin'.)

As the officer approached the car he said he smelled alcohol and discovered a bag of marijuana in Paulk's pocket. Paulk apparently told the officer that he had smoked pot earlier in the day and drank some Hennessy cognac before driving -- oops! Apparently even after saying that his Attorney Benjamin Taylor issued a statement declaring that he will "vigorously defend" Paulk. Although it seems like he will be defending Paulk mainly against, well, himself! And those incriminating statements made to the officer.

{modal http://wtop.com/entertainment/2015/02/former-moesha-actor-arrested-suspected-of-drunken-driving/}News reports{/modal} stated that it's "unclear" if he was in the Phoenix area for the Super Bowl, where celebrities were found. What is so unclear about this? The guy lives in California and just happens to be in the Phoenix area on Super Bowl Sunday, drinking Hennessy and smoking weed?!? Some random cosmic placement that would seemingly never happen? Come on! You reporters can do better than that! Although perhaps the lack clarity is due to the fact that this guy isn't much of a celebrity.

His stint on the 90's sit-com Moesha starring the pop-star Brandy, was probably his most successful role. On the show he played Moesha's smart-mouth younger brother, Myles. It's been pointed out that the series ended with an unsolved mystery: Myles was kidnapped! I guess we know now who did the kidnapping. His name was Hennessy and his accomplice was Mary J.