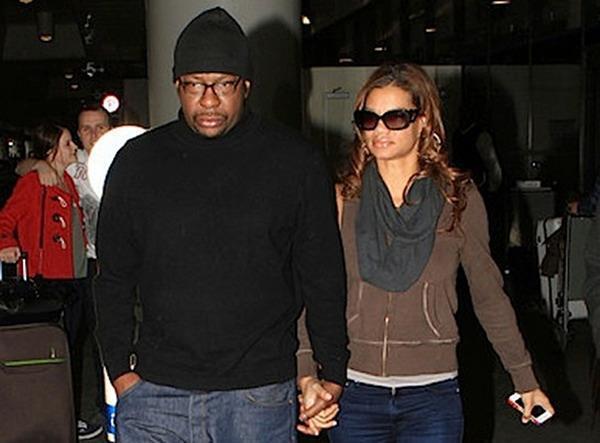 Brown is no stranger to rehab, trouble or death! His former wife Whitney Houston was found dead in a Beverly Hills hotel in February 2012,. Cause of death: drowning... and oh yeah she was loaded up with cocaine, weed and a bunch of other drugs. Afterward Bobby so graciously claimed Whitney's substance abuse problems were the cause of his own. Whitney Houston was not available for comment.

Later that year, in August, 2012, after supposedly seven years of staying sober, Brown checked himself into rehab for substance and alcohol abuse. Six months later, he was arrested in Los Angeles for driving under the influence. Oops... guess that didn't work out so well! He plead “no contest” on that charge and was sentenced to undergo... wait for it... 18 months in rehab. If at first you don't succeed... back into rehab.

Fast forward to 2015. In July Brown sadly lost his daughter Bobbi Kristina who had been placed in a medically induced coma in an attempt to save her life after being found unresponsive six month's before like her mother, in a bathtub. The real cause of death remains a mystery to this day.

Maybe Brown's current move into rehab was prompted by the fact that he recently found out he and his wife Alicia Etheredge are expecting a child (that would be number 7 for Bobby, but who's counting?)

Self-indulgent irresponsible former talents never cease to amaze us, To wit, the last time Bobby actually released an album was back in 2012, shortly before that whole rehab into and out of and in again thing. That masterpiece titled “The Masterpiece,” contained such ominous yet memorable titles as “Don’t Let Me Die,” “Doesn’t Anybody Know,” “Damaged,” “Can’t Give Up,” “Set Me Free,” “Exit Wounds” and “The Man I Want to Be.” Brown promises his fans he'll perform in Charleston SC on March 4. If you're holding tickets, don't hold your breath.