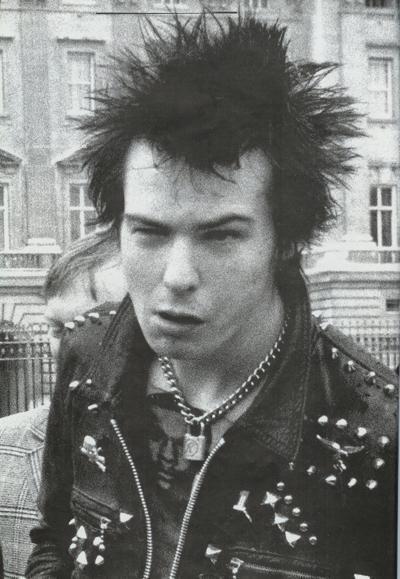 Ritchie came from humble beginnings. As a street kid, he walked around London sporting a swastika on his chest and a giant chip on his shoulder. His unique look, rugged personality, and rocker image made him for the perfect choice when band manager Malcolm McLaren came calling. By all accounts, McLaren recruited Ritchie more for his iconic style than his musical abilities. Whatever the reason, he famously replaced the bassist in the punk rock band, The Sex Pistols and a true icon was born.

Immediately after joining, his band-mates mandated a name change. The leader singer, John Lydon owned a hamster named Sid the Vicious that had a habit of biting people. Hence, Ritchie's new name was born, Sid Vicious. If they only knew how true that name would ring.

The bands popularity among fans soared under the new lineup, but at the same time they were becoming mainstream England's number one public enemy. Many retailers refused to sell their albums and the band was often blocked from performing. This only intrigued fans more and the band's popularity continued to rise.

Sid was introduced to a young American girl who was making waves on the London punk rock scene, Nancy Spungen. They immediately began an intense relationship, compounded by the fact that they were both heavily into drugs. Friends would later say Nancy was in England for one reason only, to go to bed with a Sex Pistol and Sid was the easiest target.

While on tour in America, the band fell apart. After the last concert, the band-mates fled in different directions declaring they were done with the Sex Pistols. Sid and Nancy continued their destructive, codependent, and drug fueled relationship. Their mutual obsession took precedence over anything else and they relocated together to New York City after receiving $10,000 cash from McLaren.

At the Chelsea Hotel, the drug matters only got worse. There room was a disaster as they lived out of shopping bags and descended into the depths of heroin, Tuinal, and Dilaudid binges. After unsuccessfully seeking help from a methadone clinic, the two began abusing methadone in addition to their other drugs of choice.

Friends say when the two could manage to function, they would beat each other. They were constantly covered in bruises and Sid once smashed Nancy's jaw with a guitar. With the constant rotation of drug dealers in and out of their apartment, Sid became paranoid about his safety and purchased a knife. A mistake that would later come back to haunt him.

On the morning of Oct. 12, 1978 Sid awoke in a drug induced haze. Nancy was dead in the bathroom, stabbed to death by Sid's knife. Sid was arrested shortly after and charged with her murder. Sid allegedly told police, "I did it because I'm a dirty dog."

Virgin Records gave McLaren $50,000 to pay Sid's bail.  While out on bail, Vicious stayed with his mother at a hotel in New York. He made multiple attempts to kill himself, trying unsuccessfully to slit his wrists and throw himself out a window. His mother attempted to regulate his drug use, although she was a known drug abuser herself.

In December of 1978 he was returned to Riker's Island and spent 7 weeks in prison detox for a parole violation. He was released again on Feb 1, 1979 and returned to his mother who immediate supplied him with heroin. It's believed Sid's mother provided him with one dose of heroin, but Sid demanded more. After allowing him one more dose, she hid the rest in her purse and Sid eventually passed out alone in the bedroom. During the middle of the night, he awoke and continued his heroin binge. He was found dead the next morning having overdosed during the night.