Elvis: A Hunk A Hunk Of Burning Drug Dependency 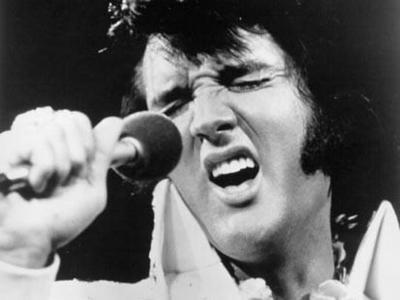 Elvis was "The King" of Rock & Roll.  He was adored for his charismatic personality, boyish good looks and musical abilities since the 1950's. But few people knew of his problems with drug abuse until after his death in 1977. From the time he moved in to his iconic homestead known as Graceland, Elvis not only lived like a king, but partied like one too. Today marks what would have been his 80th birthday.

The official, and well known, cause of Elvis'' death was cardiac dysrhythmia (also known as arrhythmia).  According to the Rolling Stone magazine biography of Elvis (and several medical websites such as the Mayo Clinic,) Elvis had an irregular heart beat, a potentially life threatening problem. But where did this condition come from?

Arrhythmia can be caused by various medical conditions such as heart attacks, scarring of the heart, and diabetes.  Other well known causes of an irregular heart beat are "smoking, drinking too much alcohol or caffeine, stress, certain prescription medications and drug abuse..." (Mayo Clinic) Investigation after Elvis' death found that drug abuse was likely a major factor that lead to his death. His personal physician, Dr. George Nichopoulos, was thought to be complicit in helping Elvis fuel what became an out of control drug habit, Nichopoulos was charged (though later acquitted) of prescribing thousands of pills in the months prior to Elvis' death. The drug abuse just added to the stress of being a rock star. And having a rigorous touring schedule compounded the decline in his health, surely adding to the arrhythmia and Elvis' ultimate passing. His life was spiraling out of control though many around him didn't even know it.

Not only did Elvis' drug abuse cause his life to end way too soon, it also played a factor in the mess that was his family life. Priscilla Wagner married Presley after 7 years of dating. They divorced many years later after they both had affairs with other people. Apparently the roll in his hips could not completely blind his wife from his penchant to roll out the needle and pain relievers. There were several infamous incidents throughout their marriage.

At one point, after Elvis found out about Priscilla's affair, there were several fans that rushed the stage during a concert. Elvis thought these were friends of Priscilla's boyfriend and were trying to kill him. He was reported to have been enraged for days and supposedly considered hiring a hit-man to kill Priscilla's lover. Then there were the numerous times when Priscilla had reported Elvis had suffered a nervous breakdown. During these declining days of his life, he had been taking prescription drugs on a regular basis. The drugs were clearly a factor in his paranoia, anger, and reclusive lifestyle. It was this abuse of drugs that brought him to brink before he succumbed.  Who was once adored by many had become a broken man.

Elvis was a role model while he was alive. He was a U.S. army veteran and had won the hearts of millions with his musical hits and movie career.  Although he was The King and lead a fabulous life, he also lived a frivolous life that lead to his demise.  His music continues to thrill fans to this day, proving he was and still is a legend. But his life in musical terms was more like an anthem of pain and repression. Elvis has truly left the building, but his memory lives on. Rest in peace on your 80th birthday Elvis Aaron Presley.