From Pedophile To Television Pastor 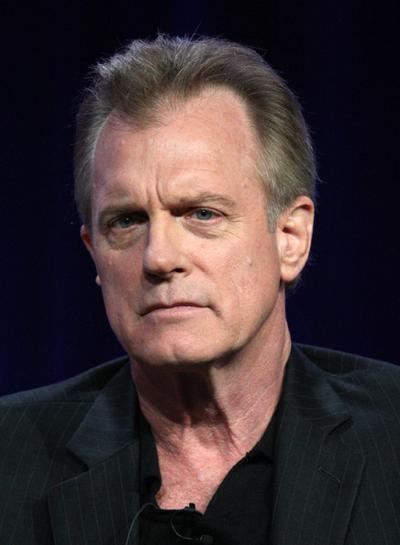 This is the story of Stephen Collins. One that perhaps you never knew. Stephen Weaver Collins is an America actor, writer, director, and musician. He was once best known for his role as Eric Camden, a Church Pastor, on the long-running and popular television series 7th Heaven. Now he may be better known for allegations of sexual activity with under-age girls. Maybe that Church Pastor role should have been written for a Catholic Priest. On second that that would have been if his victims were boys... so never mind!

The shocker is that Collins recently came out and actually confessed to the whole thing, He admitted to "sexually preying" on three young girls over a period of 20 years. In 1972 he was alleged to have molested one girl and on a number of occassions over the next 20+ years he allegedly exposed himself to two others. His role on 7th Heaven started in 1996 (2 years after the last alleged incident.) Collins has now said, "I did something terribly wrong that I deeply regret." ... Oh, do you? Let us ask you this Mr. Collins how would you feel if instead of getting off with a confession and some embarrassment you had to (as so eloquently stated by character Michael Bolton from Office Space) "spend some time in a federal pound me in the ass prison" Collins also said that, "I have been working to atone for it ever since." Right. maybe that's why you took a role on TV as a Pastor.

What we can't seem to get over is that this guy was allowed to work with those two hotties from the cast of 7th Heaven, {modal http://3.bp.blogspot.com/-mU0S3hjr8_E/TxPssqT0ElI/AAAAAAAAEis/HsQILMjBtr0/s1600/Jessica-Biel-07.jpg}Jessica Biel{/modal} and {modal http://thumbs.mywallpapers.org/files/wallpapers/13/1378/Beverley_Mitchell-007.jpg}Beverly Mitchell{/modal}. Oh and speaking of "pound me in the...." oh, uhh, never mind. We mean, these women are "over-age", right?

Collins said this about one encounter with a pre-teen girl, "It was a completely impulsive act, and it's haunted me ever since to think what I put her through." Did you me what you put through her? Just asking. We appreciate the apology Mr. Collins, but perhaps a little too late.

The embattled actor (as he has been called) has recently been through quite a lot in the downturn of his illustrious career. UP TV pulled the "7th Heaven" reruns (we can surely thank God for that gift for more than the one reason!) More importantly, he was also fired from the cast of the movie "Ted 2" in production starring Mark Wahlberg and Amanda Seyfried. Wait, Mark who!?! We can't imagine he'll lose much sleep over that!