While possession of recreational marijuana became legal on July 1, officials do not expect retail sales to begin in Connecticut until mid-2022. The ...
... Read more ...

A historic $26 billion settlement is in the works to resolve claims that the three largest U.S. drug distributors played a role in the opioid epidemic.
... Read more ...

An Asian Cartel cell is believed to be behind this operation and several other large, illegal marijuana grow sites across Western Colorado, according to ...
... Read more ...

Congress is planning a vote to decide on a proposal to protect currently existing cannabis programs across the country.
... Read more ...

Minnesota is among eight states with a “strong likelihood” of legalizing recreational marijuana by 2025. Nebraska and Kansas are among 10 others that ...
... Read more ...

Immersive entertainment is coming to New York City in the form of a new cannabis pop-up.
... Read more ... 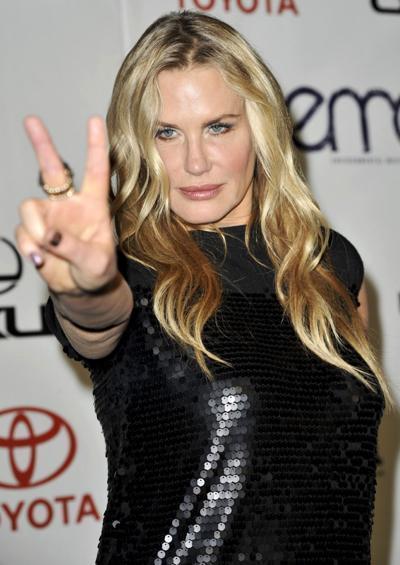 Just a quick update for everyone. On February 13, 2013 Hannah was arrested at the White House along with Robert F. Kennedy, Jr. (makes sense) and Conor Kennedy during a climate change protest against the Keystone XL Pipeline.

Maybe if she gets arrested enough times they'll start calling it the Daryl Hannah Pipeline.

And yes, obviously, she still hasn't learned yet, "Greed is good!"

Chinese Olympian Says What Sounded Like Swearing Was 'Bad Pronunciation'

Chen, the world No 3 in women's badminton doubles, apologized for the outbursts in a statement released after the game. "I was giving myself ...
... Read more ...

Scarlett Johansson[2] is going after the Mouse House ... she's suing Disney, claiming the simultaneous release of "Black Widow" in theaters and...

DUI. Alyssa Nicole Gibbs, 30, of Red Bluff was arrested by a CHP officer July 19 on Hooker Creek Road north of Red Bluff and booked into the ...
... Read more ...

TOKYO (AP) — Italian tennis player Fabio Fognini has apologized for yelling at himself with a homphobic slur during a loss at the Tokyo Games.
... Read more ...

Man arrested on DUI charges twice in one night, more than 70 miles apart

Patrick Moster was forced to apologize after being heard rooting for his team ... his comments were made “in the heat of the moment” and apologized.
... Read more ...

Ben Crump is suing Johnson & Johnson for allegedly targeting Black women with a product he says has been linked to cancer -- Read more ...

The following items were taken from Skokie Police Department reports and releases. An arrest does not constitute a finding of guilt. DUI.
... Read more ...