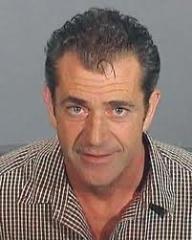 Mel Gibson has to deal with many issues in his life right now and he has made a wise decision to deal with them in a clean and sober state. And so.... into rehab!

He has checked himself into a rehab facility to overcome his struggle with alcoholism. However, Gibson’s representatives have been quick to point out that the actor was not checking into the facility for treatment like other famous personalities battling alcoholism. On the contrary, his publicist claims that he is simply taking part in an outpatient recovery program. No additional details or specifics were provided.

Gibson is concerned not only for the state of his health but also for his status and his opportunity to make amends with the Jewish community after he went on an anti-Jewish tirade before.

Fall of a Hero

Mel Gibson attributes the gradual decline in his career to his substance abuse problem. He has had a colorful past when it comes to the topic of alcoholism. Even though he had managed to successfully kick his habit of smoking, he could not give up drinking. He had tried earlier in order to take care of himself but had met with no success.

Gibson had been pulled over by a cop who found a bottle if tequila in his car. He had been driving at almost 87 mph in spite of the 45 mph zone limit on the coastal highway. Upon testing, the blood-alcohol level in his body was found to be more than 50 percent above the permissible limit – .12. He had made the situation even worse by threatening the sheriff and verbally attacking Jews.

Consequently, the incident spread like wildfire through the media. Gibson happened to be among the most powerful people in Hollywood. Even then, his image was tarnished. Contemporary celebrities like Barbara Walters and Ari Emanuel criticized his position and addiction. Gibson finally took charge for his own faults and joined an alcohol-treatment association. He also issued two separate apologies.

This was not the first time Gibson had gotten into major trouble for his alcohol addiction. His alcoholism goes all the way back to his youth. He had almost been on the verge of suicide once. The early years of his Hollywood career were filled with booze binges. His relationship with his co-stars like Sir Anthony Hopkins had also suffered because of his alcoholism. On the bright side, the aging actor seems to have a better control over his addiction in recent years.