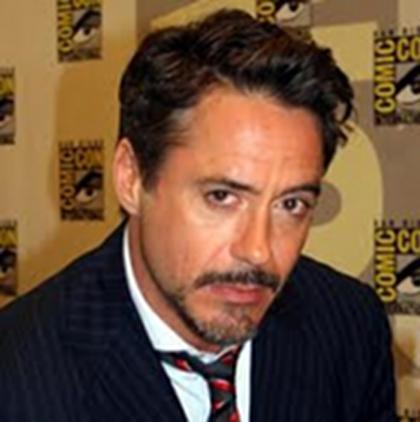 The promising career of Robert Downey Jr has been haunted by the abuse of drugs for nearly two decades. He has faced arrest numerous times acting foolishly under the influence of drugs all of which has really hurt his reputation as an actor. Robert after separating from his actress first wife Deborah Falconer in the year 1996 faced arrest as a result of driving completely naked in his Porsche along Sunset Strip in LA and throwing some imaginary rats out of the window.

In a later event the same year Downey under the influence of some drugs mistook the house of his neighbor as his own and went off to sleep in the bedroom of their child. His days of drug abuse saw him in and out of the rehab and the court repeatedly for the next three years. In the year 2000 after serving only one third of his three year sentence he was released, but was again busted by the cops in a hotel room in Palm Springs. The police found the costume of a Wonder Woman and three bags of cocaine with him at the time of his arrest. Downey had put his life into a complete mess for nearly 20 years and what made this much more compelling is the fact that he was one of the best and most talented actor of his generation.

The reputation of Robert Downey Jr among his friends and close people is of an extremely likable person with a high level of intelligence. His past life of drug abuse has taken him to prison and then rehab a number of times, but never was he able to remain clean for long. Finally after living a life in the darkness for about 20 long years he found redemption in the year 2001. He has remained completely clean since the year 2001 and is now concentrating more or nurturing his fierce talent as an actor. According to him he is kind of a free man who can never be served by very strict discipline. Mr. Ironman is now back to business and is all set to charm audiences with his talents.