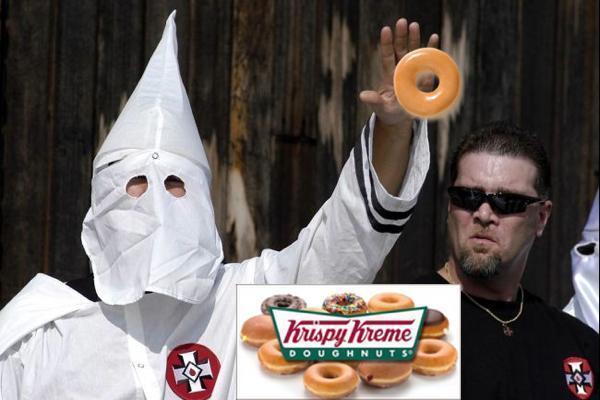 The King or is it “Cing” (maybe that’s more politically correct?) of Doughnuts found themselves in a bit of hot frying oil and are now coming out with a big, fat, juicy, sugary, creamy, glazed, apology! We love it... perhaps even more than their doughnuts... and we don't know why!

A Krispy Kreme franchise in the United Kingdom advertised a number of promotions for their stores during one week in the month of February 2015, one of them being "KKK Wednesday" (see image below.) The KKK was intended to stand for "Krispy Kreme Klub". Intended? That's what it certainly COULD mean! Do we let all hate groups and terrorist organizations hi-jack acronyms? Soon we won't be able to refer to the ISS (International Space Station) because it's too close to ISIS! Although we can't think of any, if there are any common denominators between the 2, let us know in the comment section below.

KKK for those that for some reason don't know, is of course associated with the Ku Klux Klan, a white supremacist group in the US. However "KKK" could in fact stand for a whole lot more. Check out a comprehensive list of other possible references {modal http://www.abbreviations.com/KKK}here{/modal}. But wait a minute, was the "KKK Wednesday" promotion supposed to be for powdered doughnuts? Or perhaps overly glazed doughnuts? Or doughnuts with white creme? Maybe these guys were on to something. Or maybe those folks in the UK simply don't have the same connection to the acronym KKK. Or maybe it was the pimply-faced store manager goofing around. In any case, give 'em a break!

In the end the Krispy Kreme came out saying, "We do believe this was a completely unintentional oversight on the part of our longtime franchise partners in the U.K." The company went on to say that, "We are truly sorry for any inconvenience or offense this misstep may have caused our fans." Noting further that it would be "taking greater precautions with their publicity materials in the future."

Well, Krispy Kreme of the UK (that's one!), if you see this, we want you to know that you're our Knight in shining armor (or is it armour?)! The King of doughnuts! And you're A-OK in our book! (and that's two. Hmmm... seems to be some sort of pattern here...) 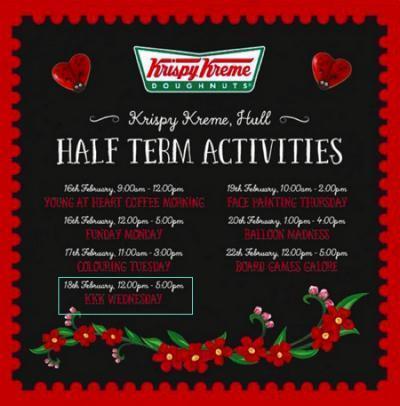