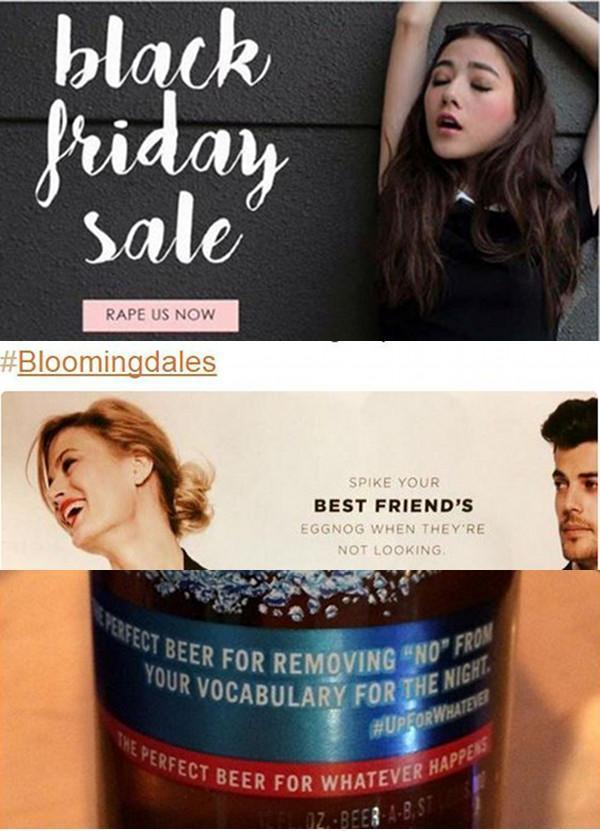 TIs the season for rapey ads. Or so tweeted one offended customer.  After the huge backlash on social media, SuperGurl Creative Director Jordus Lim issued an apology. Lim stated SuperGurl was sorry for the "insensitive" ad, then tried the old excuse that she failed to review the design before it was used on the website. Yeah... that Creative Director position is soooo hard.

Besides Bloomingdales and SuperGurl, Budweiser was also guilty of similar bad behavior this year when in April they also promoted rape on their Bud Light label with the tag line: "The perfect beer for removing 'no' from your vocabulary for the night." The requisite apologies followed.

When will these big companies learn... not that they shouldn't make stupid mistakes... that they need to hire smarter people!