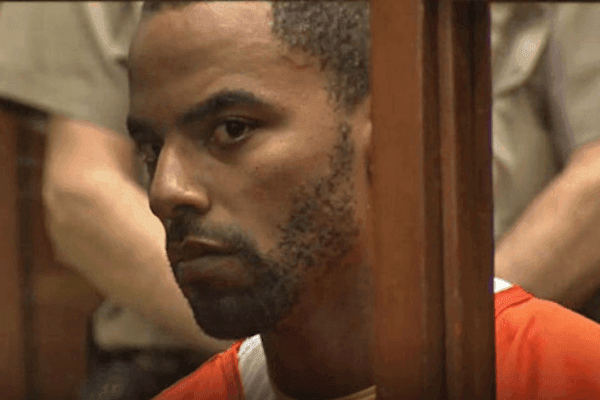 Sharper, who enjoyed a nice fourteen season career in the NFL, began getting into trouble with the law at the end of 2013 and the beginning of 2014. Numerous incidents of alleged sexual assault and rape cost him his job at the NFL network and earned him the title of a "serial rapist". Sharper pleaded guilty in this latest trial to two charges of forcible rape and one count of simple rape relating to two separate incidents in New Orleans in 2013. This is on top of the fact that Sharper had already pleaded guilty or no contest to similar charges in California, Arizona and Nevada! This guy gets around! No, really, he gets around. Take out a map... you can make a circle!

Listen if you are as confused as we are with all the charges flying about don't feel bad. That's what the courts and the lawyers are for. Unfortunately, it seems that after reviewing his cases he will serve only 9 years in prison. Yes, nine years for all those charges in all those states -- combined. However there will yet be a "formal sentencing" that will come after Sharper satisfies the prosecution's portion of his plea deal. Seems like it oughta be more, no?

But wait... there really may be more! According to District Attorney Leon Cannizzaro the case isn't over as they believe there are still more victims out there that have yet to come forward. We guess that when Sharper was playing football he had an outlet for all his energy and aggression. When he left the sport he sadly began taking out his aggression on these poor women across multiple states. Finally time to pay the price.

And what a price! It was also reported earlier that as part of a previous plea deal in Arizona, Sharper would be forced to take a "penile plethysmograph". If it sounds bad, it's really not! Don't worry, they aren't sticking q-tips anywhere (although maybe they should?) It's a test where a person is exposed to sexual images and audio to see when a person is aroused and if they are aroused by "inappropriate" sexual imagery. We don't understand how this test could be reliable at all! It sounds like it's really a test to see if you are human being or not. But, we digress.

Should they just lock this guy up and throw away the key? Maybe. Is our head spinning and are we utterly confused by all the charges that have been levelled against him? Yes! Please give us some of the drugs he used on his victims and maybe we'll wake up tomorrow forgetting this whole thing!