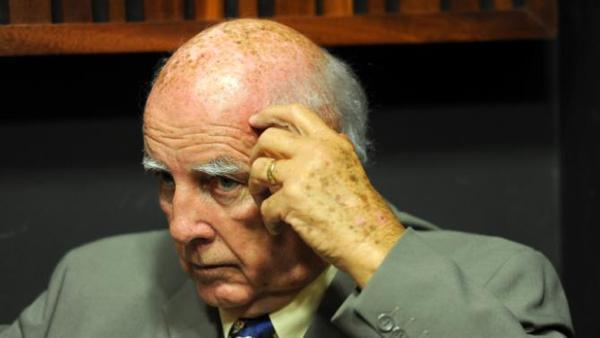 The 75 year old Australian-born tennis champion found himself on trial for accusations of rape and sexual assault that occurred in the 1980s and 1990s with 3 girls that he gave tennis lessons to. The lessons definitely involved some balls, but not tennis balls! One of the victims testified that Hewitt touched her inappropriately and forced her to perform oral sex when she was only 12 years old.

During the trial there was one women who testified in his defense stating that he was a "strict coach but never inappropriate". A strict coach huh? Guess she liked it "that way" -- however understandably not every young girl is into this strict behavior by a sicko that is old enough to be her father! The Judge presiding over the case said that "Time did not erase the crimes. A guilty person should not go unpunished. The scales of justice tip against the accused".

Hewitt's wife, Delalle testified that she did not believe her husband committed the crimes and has stood by his side

Unfortunately for Hewitt, as dumbfounded as he might be, scratching his head (see picture above), there isn't going to be a grand slam into a not guilty verdict on this one. For Hewitt it's South Africa one Bob Hewitt zero and there's no "love" there.