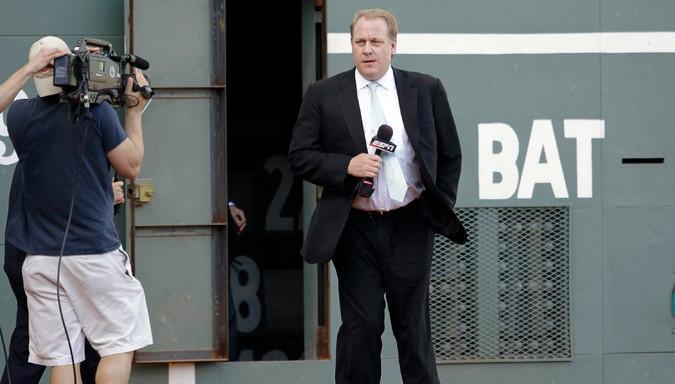 Turns out this was not the first run-in with upper management for Schilling. Curt was suspended last September over explicitly political and otherwise-problematic comments on Twitter and Facebook relating to Islamic extremists. His anti-Muslim and anti-immigrant Facebook memes violated ESPN's policies... so they suspended him. Strike one.

Schilling also overstepped the ESPN censor bounds when he bashed Hillary Clinton in a recent radio interview, expressing his hope that she would end up in prison. Actually "...buried under a jail somewhere..." but let's not quibble. Strike two.

Say what you will about the topics he chose to speak about, and whether you agree or disagree with his positions, his speech was both personal and political... but nonetheless his own. ESPN on the other hand has a brand to protect and most contracts limit the kind of comments and conduct a staff member may exhibit even outside of work. Strike three --- you're out.

We'll refrain from re-printing his snarky somewhat nasty and hateful invective out of respect for those he targeted and more importantly out of respect for our own damn job. If you must satisfy your own morbid curiosity about what those "memes" look like... no problem. You can google it... or follow him on Twitter... or like him on Facebook... just don't let your boss know!