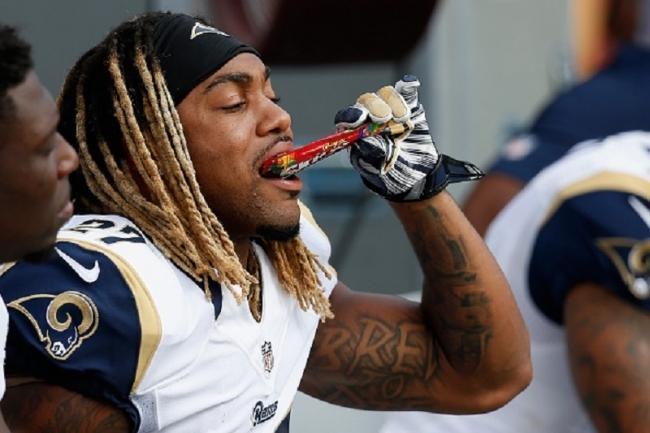 An officer started pursuing Mason when he clocked the former Auburn University star going about 75 mph in a 35 mph zone. Mason had swerved to avoid an accident and, after a short chase, finally stopped the 2011 Porsche he was driving in Hollywood, Florida. You know these mooks always get caught by speeding around in their fancy pants cars loaded with drugs.

Ah... but Tre is mookier than most -- he refused to cooperate and exit his vehicle. Acting defiant even after being warned, Tre braced himself against the seat and steering wheel. With a growing group of officers as backup. they hit him with the first zap of the stun gun in the torso. Only it was the officers who were stunned when he didn't seem to react... pretty tough guy. But being tough on the gridiron is a lot different that playing tough guy with the cops. So the officers showed him the meaning of second down and hit him with a 2nd zap, this time in the pelvic area. That got his attention and the little game was over.

Tre was arrested on multiple charges including resisting an officer, possession of less than 20 grams of cannabis, reckless driving and failure to register a motor vehicle. After a brief visit to the hospital he was bailed out and will appear in court to answer the question: "What the hell were you thinkin', moron." His career was unavailable for comment, as it was last seen going down the toilet.