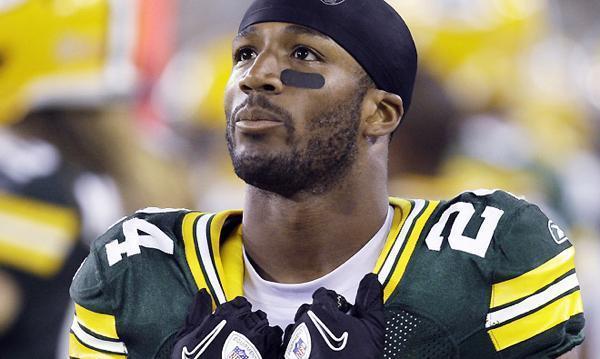 In the beginning of March 2015 Green Bay Packers corner-back Jarrett Bush was arrested for public intoxication in northern California. Fortunately for him in the end he won't be charged. And if someone can help us out here, is this possibly some fancy move out of a football playbook?

Yep... like a running back in an open field this guy made a head fake. He zigged and then zagged. He was busted... then he wasn't! Unfortunately details are slim, so the story (except for our little riff at the beginning of this graf) might be a bit boring. Kinda like his NFL career!

Bush was, according to police, booked on charges of "disorderly conduct under the influence" which is a misdemeanor. Or what that really means -- the guy was just out having a good time! He was also given release with $1,600 bail. And in the end, looks like there won't be any formal charges at all against Bush. He crossed the goal line on this one bumped once, but essentially untouched. We'll keep watching this guy.