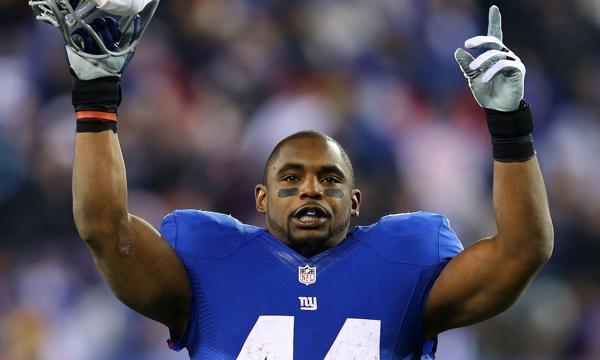 This past February 2015, Indianapolis Colts running back Ahmad Bradshaw entered a plea of not guilty to a drug possession charge stemming from a traffic violation in Ohio. This usually calls for some sort of "up in smoke" joke. Hey, that rhymes!

Well to be correct an attorney filed the plea for Bradshaw. He apparently didn't do that himself, he was too busy blazin' it up, or playing football (the season is over?) or maybe helping old ladies cross the street.  In any case various media sources made the point of getting the pronunciation of his first name correct and it's "AH'-mahd" for those that care.

Ohio State Highway Patrol stopped Bradshaw for a traffic violation on I-70 -- those damn routine stops! Once the goods were found he received a misdemeanor charge of possession of a "small amount" of marijuana. He was also charged with following "too closely" behind another vehicle while in his Caddy. A pretrial hearing was scheduled for Feb 25, 2015 but was later pushed off to April 8, 2015.

Legal troubles are nothing new to Bradshaw. In 2004 while playing for the University of Virginia he pleaded guilty to underage drinking and resisting arrest (probably didn't have a lawyer entering in his pleas then.) He was later dismissed from the team. While at Marshall University, Bradshaw was sentenced to two years probation after stealing a PlayStation from another student's dormitory. We wonder if he also stole the game Grand Theft Auto -- now that would be classic!