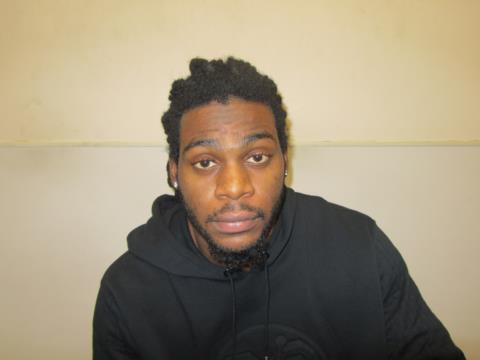 On December 29, 2014 Jermaine Cunningham, a New York Jets outside linebacker, was arrested on charges of spreading sexual images, gun offenses, and criminal mischief. Huh? Do those three things even go together?

The details surrounding this incident are a bit sketchy. Apparently the police received a phone call at around 4:15 pm on December 29th and were asked to come to Cunningham's residence in Summit, NJ. Why they were called in the first place is not known to us at this time. However once at the scene they obtained consent to search Cunningham's car and found a .380 handgun in the glove compartment -- there's your "gun offense" (the exact charge was one of "illegally transporting" a firearm.)

The next charge is definitely lacking detail. It was the one of "spreading sexual images" which is deemed a third-degree invasion of privacy under state law that prohibits the disclosure of such images withou a person's consent. No further details were given at this time but it seems to us this has to do with a lover or possible now ex-lover of Cunningham. Was she the one that made the original phone call to police?

The third charge of criminal mischief was for the destruction of clothing -- yeah, not getting any more clear. But let's picture the guy dumping his girlfriend's clothing off the balcony. Make sense now? Perhaps she knew about that hidden gun and this was all perfectly timed. We don't know, just saying!

Although for all this it wasn't so bad, Cunningham was taken in by police, processed and released without bail, pending a court hearing. This unfortunately wasn't Cunningham's first run in with the law. He was arrested (alongside US Olympic track hopeful Xavier Carter and former Gator Jonathan Demps) in 2007 after an altercation with a Jimmy John's employee. The details of this story are perhaps even stranger. One would first ask "what's the problem, they put too much mayonnaise on the damn sandwich?" Well, close! Word is the group of athletes became "verbally abusive" and even struck the employee with empty soda cans and a sandwich (yes, a sandwich -- did you ever see someone fight a war with a sandwich? Apparently a very dangerous weapon -- especially with all that mayonnaise.) At that point they left the store. What was the whole scuffle about? The clerk asked them to pay for a bag of chips. Keep in mind this all happened during his Sophomore year in college, could be was on a tight budget then. We're just surprised the police made the effort to catch up with these guys for bitch-slapping someone with a sandwich!

Most of Cunningham's past season was spent on the sidelines after suffering a torn Achilles tendon. With the new year comes the end of his 2 year contract with the NY Jets, he's now a free agent. Let's just hope he'll remain a free man and not be sitting out on the sidelines this year -- in jail!