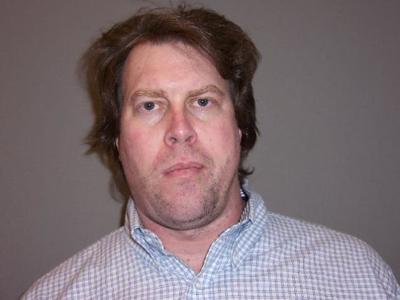 Ryan Leaf is a retired (2001) American football player. We could stop right here and you'd understand the rest of the story on your own! Check out this {modal http://en.wikipedia.org/wiki/Ryan_Leaf}Wikipedia article{/modal} for his full history. We're here to run down a bit of his rap sheet.

Leaf's troubles started back in May of 2009 when he was indicted on burglary and possession of controlled-substance charges in Texas (we did mention he was a retired football player, right?) Things went downhill from there through a windy road of more arrests, probation, bond, fines, guilty pleas, jail time, etc. Ryan left his trail of shame spread across Texas and his home state of Montana. Of all things it was the burglary charges (the ones in Montana) that took him down. And they came from his breaking into two private homes to steal prescription pills. We guess old Ryan thought knocking off a couple of private homes would be safer than knocking off a pharmacy? Uhh... wrong!

Fast forward to today. On December 3, 2014 Leaf was released from prison and placed under the supervision of the Great Falls Probation and Parole department in Montana. Stay clean Ryan. You did the time, and you have a chance to straighten out. You're out just in time for the holiday season. Make it a joyous, safe, sober and crime-free.