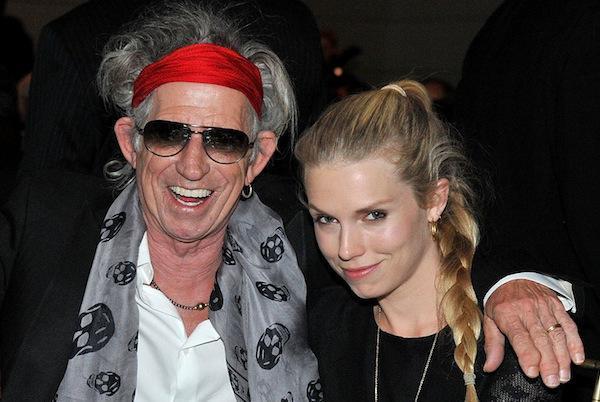 Old wrinkly-faced Keith apparently wasn't mentiond by Theodora while she spent 30 days in a Connecticut facility. She kept mostly to herself spending hours drawing in the notebook she constantly kept by her side. Young Ms Richards is mostly known for her lineage, although she has made a living as a model like her mom, Patti Hansen. Her drawing skills also brought her a bit of recognition as the illustrator of a children's book penned by her dad. Nonetheless, Into Rehab would recommend keeping your children away from either one of these two, who both seem to constantly need an Emotional Rescue,

Let's hope that Theodora can move forward, stay away from Sister Morphiine and that she won't relapse where she might have to cry out again to Gimme Shelter. But really, we have No Expectations. And with that we/re Out of Time.