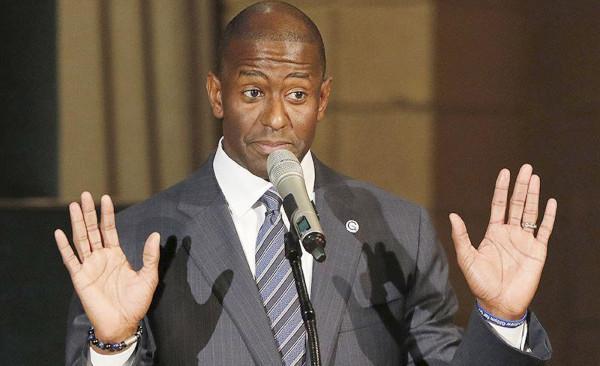 Let's say you are Andrew Gillum, former candidate for governor of Florida. And let's say you get busted by the cops in a motel room, totally drunk, with a male escort and three bags of crystal meth. What do you do next? What else... you go into rehab!

And that's exactly what happened. The police, the escort, the meth, the drunken state and the rehab. In that order.

Responding to an overdose call, police busted in on Gillum and two others in a Florida motel room. The former Tallahassee mayor tried to explain what was going on, but he was just too drunk to speak. When he finally sobered up he said he was in town for a wedding and he didn't take any meth. Yeah... sure. Bart Simpson could have done a better job. "I didn't do it, and I wasn't around anybody that did."

So of course to avoid jail and further public humiliation, Gillum announced that he was going into rehab - otherwise known as hiding. And along with that bit of unsurprising news came the usual boiler-plate messaging about being a better person, focusing on what's important, apologizing to the family, blah, blah, blah. Call central casting and queue the hack speech writers. We've seen this movie before.

Gillum, on his way in added: “I am committed to doing the personal work to heal fully and show up in the world as a more complete person. I will be stepping down from all public facing roles for the foreseeable future.”

Great. We hope forever. But we won't get our hopes up too far. Like the seasonal flu, politicians seem to keep coming back to make us all sick.