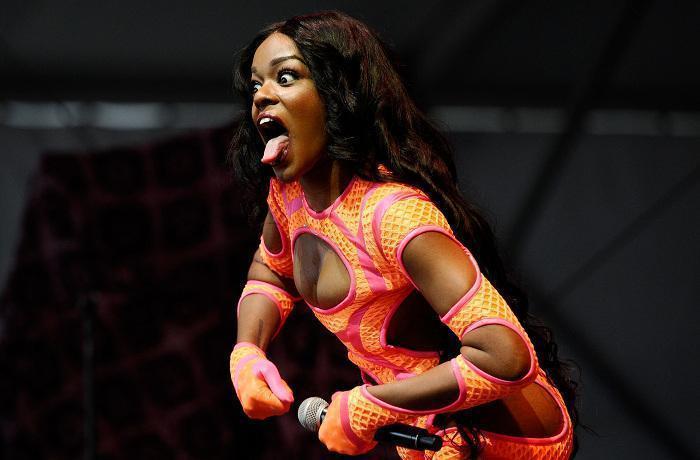 We could easily add vanity to Miss Banks list of issues for thinking she was running the court's docket. A Manhattan judge issued a bench warrant Monday for the bad-girl rapper after she failed to show up in court to face charges for biting the boob of a security guard who tossed her from a club.

The combustible Harlemite, 25, called her lawyer and supplied him with a message for Judge Kathryn Paek. Her lawyer read the note in Manhattan Criminal Court: “I can be back tomorrow if the court needs it.” Really? If the court needs it? The court needs to throw her ass in jail and move on to more important cases... like jaywalking.

The attorney told the court Banks was out of the country. The judge was not satisfied with the terse statement and ordered a bench warrant for her arrest. She faces assault and harassment raps for allegedly chomping on the breast of a security guard who threw her out of the Meatpacking District club Dec. 16, 2015. At least her excuse wasn't that she was at the dentist.