Holiday in Hell: How the World and Drugs Destroyed Billie Holiday 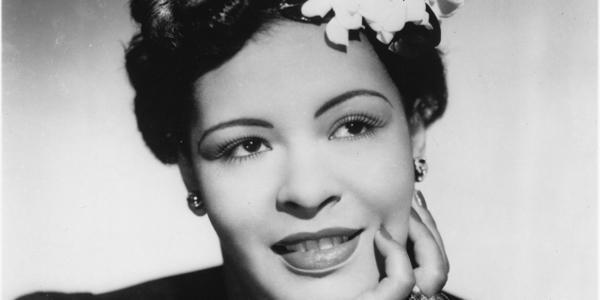 Born Eleanora Fagan in Philadelphia in 1915, the chips were stacked against her from the very start and never really gave her a break. Alcohol and drugs plagued every moment of her life. Somehow, despite the continuous knocks life dealt her, she managed to become one of the world’s most revered blues singers.

Her mother Sadie and jazz musician father, Clarence, were never married and split before Billie grew out of infancy. Sadie was thrown out of her family home when she became pregnant, so when baby Eleanora made her appearance it wasn’t long before she was pawned off to an older, married half-sister who in turn pawned her off on her mother-in-law. Sadie worked as a server on trains and was gone for months and years at a time. Eleanora, largely ignored and alone, began skipping school and ended up in reform school before she was 10 years old.

When Sadie returned to her daughter she attempted to make a life for them by opening a restaurant. The two worked long hours day after day. Eventually, Eleanora dropped out of school to help her mother full-time. She was 11. It was during this time that a man attempted to rape young Eleanora. Sadie came home in the nick of time to save her daughter who was subsequently placed in reform school for "protection” during the rape case. After nine months, she was released and she and her mother headed to Harlem, New York to try their luck.

Once they arrived in Harlem, things really took a dramatic turn. The landlord in their Harlem apartment was a madam who ran a brothel and it was no time at all before both Sadie and Eleanora were working as prostitutes. Eleanora earned $5 per client. The brothel was raided in 1929 and both women were sent to a work farm, Eleanora was only 14.

By this time in her life, Eleanora had heard jazz music on the radio and from records. She began singing unprofessionally and everyone around her raved. When she decided to try her hand in various Harlem nightclubs her star rose quickly, choosing her stage name "Billie Holiday" from her father’s last name and the first name of an actress she enjoyed, Billie Dove.

Not long after came the substance abuse that would become her ultimate downfall. She had first tried alcohol and marijuana as a pre-teen, but as her star rose fast and furious so did her addictions. She added heroin to her drug repertoire, increased her alcohol consumption and kept on singing.

Billie worked with Teddy Wilson, Count Basie and Artie Shaw and by 1939 she was on her way to being a full-fledged superstar. Being a black woman on tour with an all while orchestra had never happened before. Billie was the first. She was often heckled, insulted and threatened as she toured. Many times she was not allowed to sit on the stage with the white performers and she had to enter and leave each establishment through the service entrance. Eventually she couldn't take it anymore and stopped touring. By the late 40’s Billie Holliday was a legitimate success in her own right. She was making Billboard top hits one after the other and her name was known around the world.

Her tumultous life was matched by her infaous love life. She went through many men, one a drug dealer, trumpeter Joe Guy, who helped her further drown in her addictions. In 1947, she was arrested in her own New York apartment for possession of narcotics. Her lawyer refused to appear in court for her. She went alone, vomiting and sick from withdrawal. The district attorney put in a good word for her and she was sentenced to Camp Cupcake, the nickname for Alderson Federal Prison Camp in West Virginia.

In 1948 she made a comeback to a sold out Carnegie Hall with a record 2,700 tickets sold in advance. Sadly it would all come to an end once again. By 1959 Billie was diagnosed with liver disease and ordered to stop drinking. By May she had lost so much weight and deteriorated so badly, she was rushed to the hospital and simultaneously arrested for possession of narcotics.

In the end, as an armed guard stood at her hospital room door, Billie lay dying of liver and heart disease brought on by her life-long addictions. Her money having been systematically swindled from her over the previous few years, Billie Holiday died in 1959 with her last paycheck (from a tabloid) of only $730 still uncashed in her purse. Not just Monday, but her whole life was stormy. For all her fans around the world, it was her great talent that was the sun that still managed to shine through.