Surprisingly, Robin Williams Did Not Die From Substance Abuse 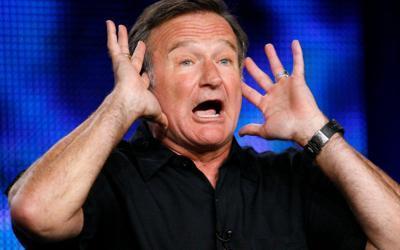 Decades ago, when Robin Williams was just starting to become famous with his madcap, stream-of-consciousness performances on “Mork and Mindy,” one would have made a good bet that he would eventually kill himself through substance abuse. It can be safely said that many of his comedic performances occurred while he was high on cocaine. However, Williams’ recent death by suicide was not directly related to his substance abuse problems.

{modal http://www.ibtimes.com/robin-williams-drug-problems-alcohol-cocaine-addiction-punctuated-brilliant-actors-early-1655640}According to the International Business Times,{/modal} the death of Williams’ good friend John Belushi from a lethal combination of cocaine and heroin in 1982 was a wake-up call for the comedian/actor. Williams spent the next two decades clean and sober and, perhaps not coincidentally, enjoyed some of his most brilliant work in both comedy and drama on film. But still, there was this uneasy feeling whenever Williams was in front of the camera that he was "always on" almost compensating for something... or covering something up.

In the early 21st century, Williams relapsed, but this time his drug of choice was vodka. Later revelations that he was suffering from clinical depression, then later Parkinson’s and a relatively unknown condition called {modal http://www.mayoclinic.org/diseases-conditions/lewy-body-dementia/basics/definition/CON-20025038}Lewy body dementia{/modal} suggests that he was trying to self-medicate. By 2006, he had recovered again. But his problems continued with an open-heart surgery and a divorce adding to his woes.

Williams checked into rehab once again a month before his suicide, soon after his great but underappreciated TV show, “The Crazy Ones,” was canceled after one season. He claimed at the time that he had not fallen off of the wagon, but was going to rehab as a “precaution.”

When Williams {modal http://abcnews.go.com/Health/robin-williams-driven-suicide-lewy-body-dementia/story?id=26860752}decided to leave this life,{/modal} the natural suspicion was that a lifetime of addiction had finally caught up with him. But the toxicology screen showed that there were no drugs or alcohol in his body at all. Instead it was revealed that Williams suffered from Lewy body dementia, a disease that causes mental impairment and hallucinations. Combined with the depression and the Parkinson’s, the disease is surmised to have made Robin Williams’ life intolerable.

The bitter irony, therefore, is that even though he triumphed over addiction of the sort that has killed so many other celebrities, in the end, it was Williams’ own body, not his mind, that betrayed him.