Put It In Your Mouth! I Meant My Pudding Pop, the Cosby Scandal that Just Won't Stop 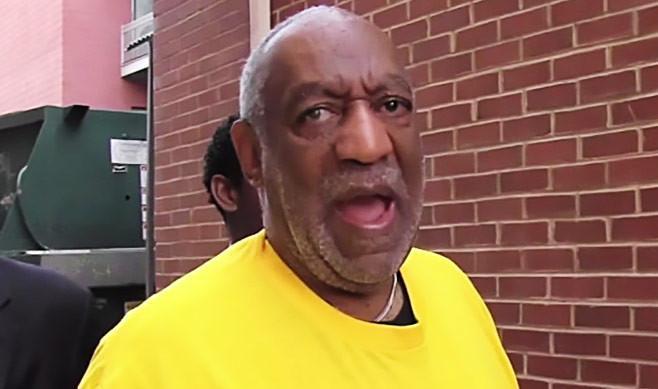 Here we go again! It's another day... and that means another Bill Cosby rape allegation. Well actually, several, but who's counting at this point.

It's been 32 years, but Janice Dickinson is finally coming forward. Dickinson now claims she was raped by Bill Cosby in 1982. Dickinson says she was fresh out of rehab (go figure?) when she had dinner with Cosby. After dinner, they returned to his hotel. Cosby poured her a glass of red wine. She claims she then asked for a pill because she was menstruating. The last thing she remembered was Cosby in a robe, but nothing else until she woke up the next morning naked with semen between her legs. Dickinson is the third women to come out with rape allegations against Bill Cosby in recent weeks.

One of the other women, Joan Tarshis has been making the interview rounds lately to share her allegation against Cosby. Unlike Dickinson, Tarshis states that she was forced to perform oral sex on Cosby. Having stepped into the public spotlight she may think twice about booking anymore interviews with CNN. While recounting her story from 1969 to Don Lemon the crack host at CNN, he had a brilliant idea on how women can avoid being forced to perform oral sex. Tarshis was nearly dumbstruck when Lemon asked her why she just didn't bite him. That's right... take a big bite girl! Sheesh...all we can say is watch out ladies. Lemon may start hawking his own line of self-defense books and DVDs any day now with his trademark move to just bite hard where it hurts! How could anything possibly go wrong?

FLASH! It didn't take long for defender of women Don to step up and apologize. His mea culpa made the Big Fat Apologies feed at Into Rehab in short order. {modal http://www.nydailynews.com/news/national/cnn-don-lemon-crosses-line-bill-cosby-rape-accuser-article-1.2015825|title=}Check out the story, pictures and videos here!{/modal}

As for good old Bill, so far he has faced no criminal charges. He claims the allegations are completely unfounded. Our reaction? Oh... about the same as Noah in the old Cosby routine -- RIIIIIIIGHT!

While media begins to distance themselves from him... Netflix having removed all reference and relation to Cosby, and his TV re-runs getting cancelled left and right, Bill's scheduled concert tour remains unchanged - for now. In fact, many of the scheduled shows are close to selling out. Is it an adoring public, or gawkers hoping to get one last glimpse of the train-wreck? At 77 years old, Bill Cosby is facing the scandal that just won't stop!