Ozzy - The Prince of Darkness 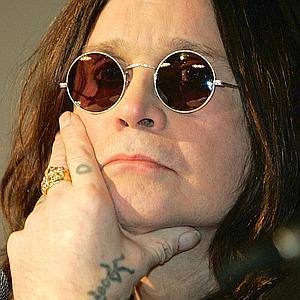 He was the fourth of six children. He had two brothers and three sisters. He was nicknamed “Ozzy” in primary school. Although his first wife Thelma called him John, he took quite some time to get used to his formal name. Ozzy was born dyslexic, and faced many other learning disabilities.

Although sober and clean now, Ozzy has indulged in drug abuse for almost 40 years of his life. Ozzy, along with everyone else, is amazed at how he managed to survive this long period of drug abuse. In fact, the usage of drugs has been so terrible for him, that he can’t remember things like the birth of his first child, and the identities of several people he got photographed with. He also does not remember the time he tried to strangle his own wife after having consumed four bottles of Vodka.

Osbourne started experiencing tremors at some point in his life and he attributed them to his drug abuse. It was only in May 2005 that it was discovered that the tremors were a symptom of Parkinson Syndrome, which is similar to Parkinson’s disease in many ways. He has to take daily medicines for his current condition. He also shows symptoms such a mild hearing loss.

He was arrested in Texas in 1982 because he drunkenly urinated on a cenotaph erected in the honor of those who died at the Alamo, across the street from the actual building. He had been wearing his future wife Sharon’s clothes because she had hidden his clothes. He was banned from San Antonio for a decade for this incident.

Ozzy has made at least ten attempts to attend rehab and fifty separate attempts to become sober, but to no avail. It was only after appearing in the TV series, The Osbournes, that he managed to break free from the evil clutches of drug abuse.

Ozzy made a long struggle with drug abuse and has finally come clean out of it. Cheers to him and his fight!