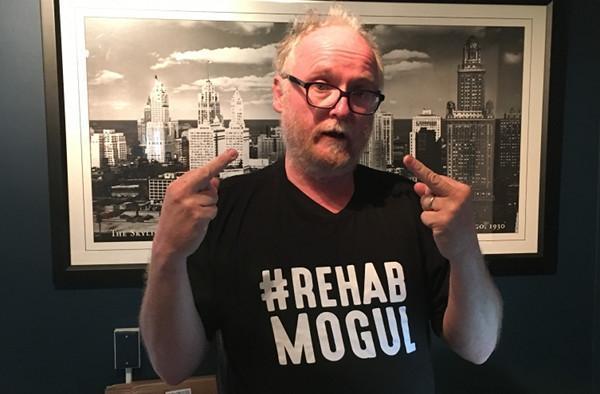 It's all so sordid... yet around here so delicious! A former crook (he was convicted of felony mail and wire fraud in 2002) with no formal medical training or certification, gets to run a million dollar rehab operation in Malibu. And there he drugs, imprisons and screws his patients - literally. Only in California... where rehab and sex are considered a lifestyle.

UPDATE: This mook just got himself arrested for "transport [or] sale of a controlled substance. Oh yeah, and the California Department of Health wants to shut down his entire operation.

Apparently the outwardly successful appearance of businessman Christopher Bathum, rehab operator, father of four, and Tesla owner (what did you expect, a minivan?) hides a past of legal problems that extend to over 50 lawsuits ranging from fraud to sexual assault. The latest round comes from two half-sisters that claim they were held against their will as secret sex slaves. Well, the secret is out!

Bathum's facility, Community Recovery Los Angeles (CRLA) charges plenty for its services, appears to do nothing very positive, and may possibly have contributed to the death by drug overdose of eight former patients. According to LA Weekly, Bathum and CRLA are under investigation by the FBI, LAPD, the LA District Attorney, the California Department of Health Care Service and just about every major insurance company in the state. What's left, the ASPCA?

This bad actor has been able to skate for years by dodging regulations and taking advantage of loopholes in the system. But the jig may be up as the latest round of charges are increasingly more serious. In 2002 Bathum was convicted on felonies involving selling computers and exercise equipment on eBay that he never delivered. He was forced to repay his victims.

Fast forward a few years and this convicted felon manages to get some phony-baloney hypnotherapy license. Apparently, in California, that's all you need to market and profit from operating a drug therapy business. But with the latest allegations, and so many suspicious deaths surrounding him, Bathum may be on his last go round. Let's hope the Feds or the California authorities won't drop the ball this time. They need to close this deal. close down CRLA, and close this sordid episode with a one final conviction. Then Bathum can get sent off for some sex therapy of his own from the real pros.