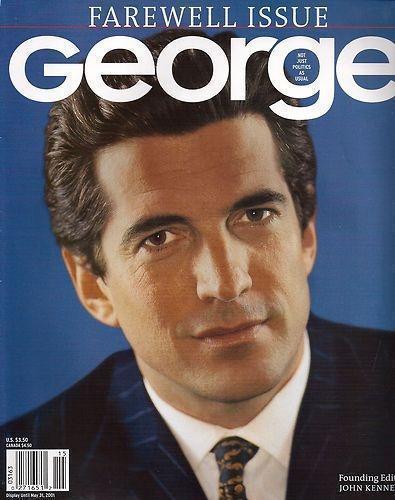 In the 1980s and 1990s, John F. Kennedy Jr., the son of the slain president, was the most celebrated of the younger generation of that famous political family. He had all the charm and good looks that an uncrowned prince could possibility want. Sadly his life ended violently and unexpectedly through the tragic flaw of pride.

JFK Jr. had been named People Magazine’s “Sexist Man Alive” for 1988. His career as a lawyer, journalist and magazine publisher enabled him to mingle with A-list politicians, celebrities and business leaders. His romantic entanglements were as legendary as his famous father’s, including a relationship with actress Daryl Hannah. In spite of his political leanings he also maintained a warm friendship with arch-conservative writer Ann Coulter, who contributed copy for Kennedy’s pop culture meets politics magazine, George. He had escaped much of the self-destructive behavior that had so blighted others in the younger generation of Kennedys. Naturally, many dreamed of JFK Jr. entering politics, first as a likely senator from New York, but eventually as president of the United States, fulfilling the long-held dream of restoring Camelot. It was not meant to be.

Success, celebrity and the dream of a political future made the sudden death of John F. Kennedy Jr. on July 16, 1999 all the more poignant. On that fateful day he took off piloting a private plane from an airfield in New Jersey with his wife and sister-in-law. The flight plan called for first a stop in Martha’s Vineyard and then a short hop on to the Kennedy compound in Hyannis Port. They never made it to Martha’s Vineyard.

The Coast Guard eventually recovered the Piper Saratoga along with the bodies of Kennedy and his two companions. Radar data indicated that the plane suddenly plunged from 2,200 feet to 1,100 feet in the space of 14 seconds, far beyond the safety limits of the aircraft. Then the plane dropped off the radar entirely and presumably crashed into the ocean.

JFK Jr. died because of his hubris. He had only 300 hours of flight time and was not rated to fly on instruments only. That night was especially dangerous and it was later surmised he may have had to rely on instruments, a skill of which he was too inexperienced. At the time he was also recovering from a broken ankle. The cast he still wore on his leg likely impeded his ability to control the aircraft. Kennedy was well aware of these limitations. Nevertheless, in discussions prior to take-off he refused the help of a flight instructor, vowing that he needed to "do this alone." His own vanity clouded his judgement. And thus ended the lives of three innocent people and what may have been a promising political career,all in the dark waters of the Atlantic. Pride cometh before the fall. For John F. Kennedy Jr. it was the final one.