'Lean on Me' Star Gets Smokin' Deal In Weed Bust Case 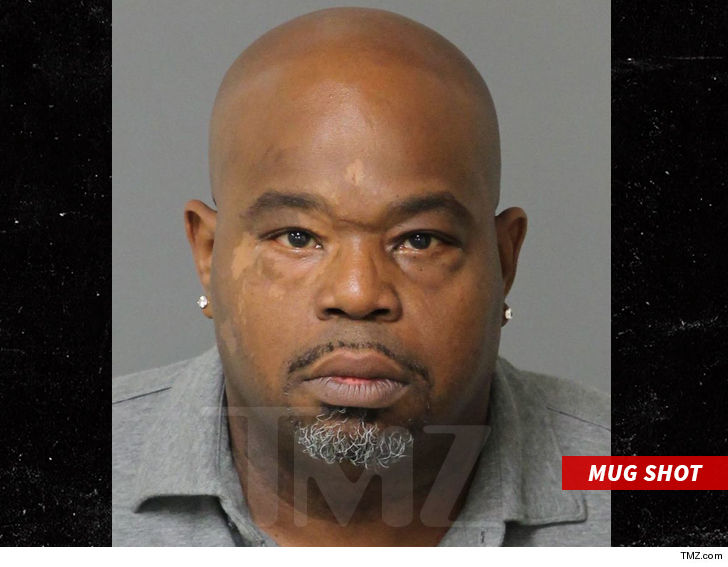 "Lean on Me" star Jermaine Hopkins[1] is becoming the king of big breaks when it comes to pot busts.

Jermaine pled guilty Wednesday to felony possession of marijuana ... according to court officials in Wake County, NC. We're told Jermaine pled guilty and was sentenced to a minimum of 4 months in prison. Now, here's the break -- that sentence was suspended.

That means Jermaine skates on jail time, and instead gets 24 months of supervised probation. If he screws up, though, he'll be headed to the slammer.

TMZ broke the story ... Jermaine was arrested back in October[2] when cops found 5.7 lbs. of weed in his trunk. Jermaine also got probation in 2011 after he was busted for buying 200 freakin' lbs.[3] of ganja from an undercover cop.

He'll now have to submit to drug testing as probation condition.

FYI: North Cackalacky has not legalized marijuana, medicinal or recreational.

What were the ad copy guys at Bloomingdale's thinking when they dropped this bomb that on the surface seems to promote date-rape! Yikes! (If you don't see this atrocity above click the read more link.)

UPDATE: Former California high school teachers Melody Lippert and Michelle Ghirelli have pleaded guilty to having sex with a 17-year-old student during their drug and sex filled party on the beach last January (2015.) Michelle Ghirelli also pleaded guilty to a felony count of furnishing a controlled substance. While neither of the women will face jail time, Lipper and Ghirelli will both be sentenced to three years probation. Lippert will also have to perform 15 days of community service while Ghirelli will serve 180 days in a lock-down rehab facility. The prosecution said that even though the women won't face jail time they will receive a much bigger punishment which is having their teaching credentials revoked for life in the state of California. Original story follows...

Miami Dolphins player and former Dancing with the Stars contestant Chad Johnson has been arrested on a misdemeanor domestic violence charge in Florida.