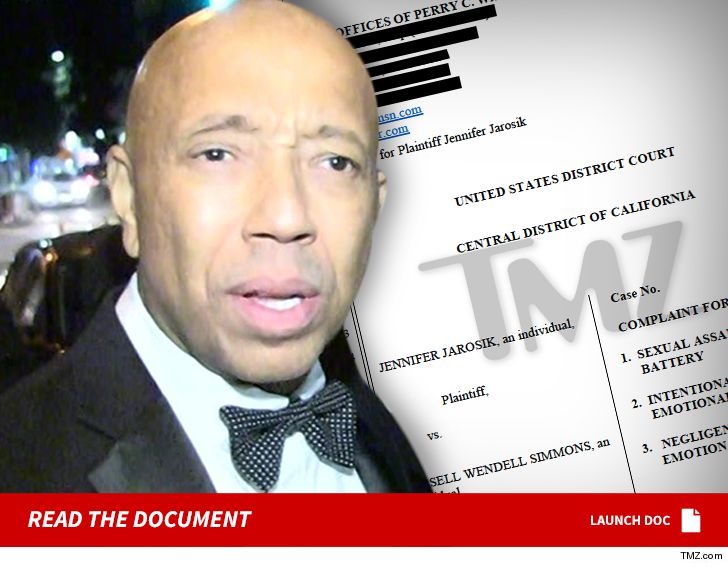 A woman wants more than $5 million from Russell Simmons[1] for allegedly sexually assaulting her.

Jennifer Jarosik claims in a new lawsuit Simmons invited her to his house in 2016 and propositioned her for sex, which she refused. She says Simmons became aggressive, pushed her onto his bed and as she fought back, he allegedly knocked her off the bed, hit her in the head and pounced on her. 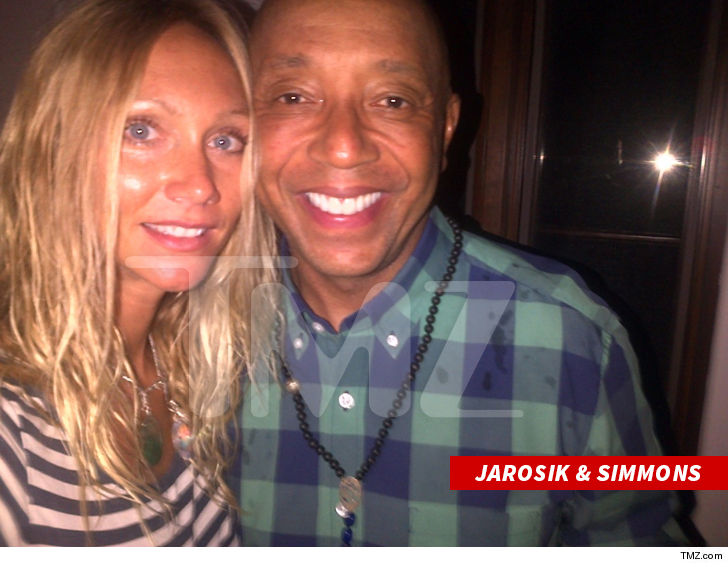 She says she was in "shock and fear" and he proceeded to rape her.

Jarosik says she met Simmons in 2006 and they became friends, sharing a passion for meditation, yoga and a vegan diet.

Jarosik says she was rendered "sick, sore, lame, disabled and disordered, both internally and externally and suffered from extreme emotional distress."

More than a dozen women have accused Simmons of various forms of sexual misconduct, including rape[2].

We reached out to Simmons ... so far, no word back.