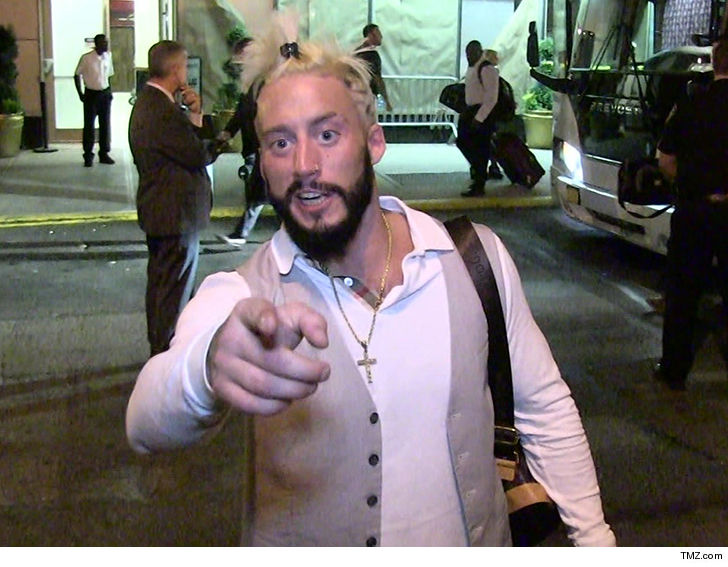 Ex-WWE superstar Enzo Amore[1] has broken his silence about allegations he raped a woman back in October -- claiming his accuser is lying and he's working with cops in an effort to clear his name.

Amore has lawyered up and his attorney issued a statement saying, "Over the last two days, Philomena Sheahan has made multiple public accusations against Eric Arndt (also known as Enzo Amore with the WWE), including allegations of sexual misconduct concerning an October 2017 incident in Phoenix."

"He is cooperating with the authorities in this matter and looks forward to having it resolved in a timely manner. Neither Mr. Arndt nor his counsel will be making any further public comments on this matter."

As we previously reported, the Phoenix P.D. is investigating Amore[2] after Sheahan claimed he raped her repeatedly[3] in an Arizona hotel room, despite repeated pleas to stop.

The WWE cut ties with Amore in light of the allegations.