Too Short Sued for Sexual Battery 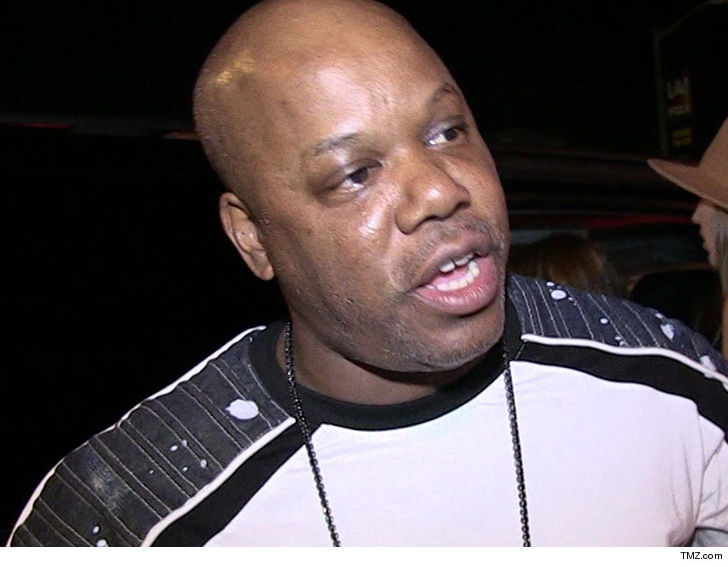 Too Short[1] is being accused of sexual battery ... TMZ has learned.

The rap legend is facing a lawsuit ... filed Friday in Los Angeles by a woman named Teana Louis. According to docs, obtained by TMZ, Teana says Too Short sexually assaulted her on multiple occasions ... between June and October of 2016.

In the suit, she says the attacks included forced oral sex, vaginal sex and sodomy.

Teana says she and Short met in December 2015, and eventually produced a song together in April 2016. She claims that's when he made the first unwanted advances. She claims the first assault went down in June when they went to a hotel room in Downtown L.A.

According to the docs, Too Short threw her onto the bed, held her down, undressed her and began performing oral sex on her. She claims subsequent incidents happened in hotel rooms or the studio. She claims on one occasion he told her, "I'm just going to put the tip in" ... and, although she said, "No, please no" ... he continued. In the suit, she says he held her down during vaginal sex -- she was left bleeding -- and then "brutally sodomized" her.

Rams Safety TJ McDonald Arrested for DUI -- BUT Not Alcohol

Ireland Baldwin is out of rehab

Ireland Baldwin, an American fashion model and daughter of Kim Basinger and Alec Baldwin (the most talented Baldwin brother) is out of rehab!