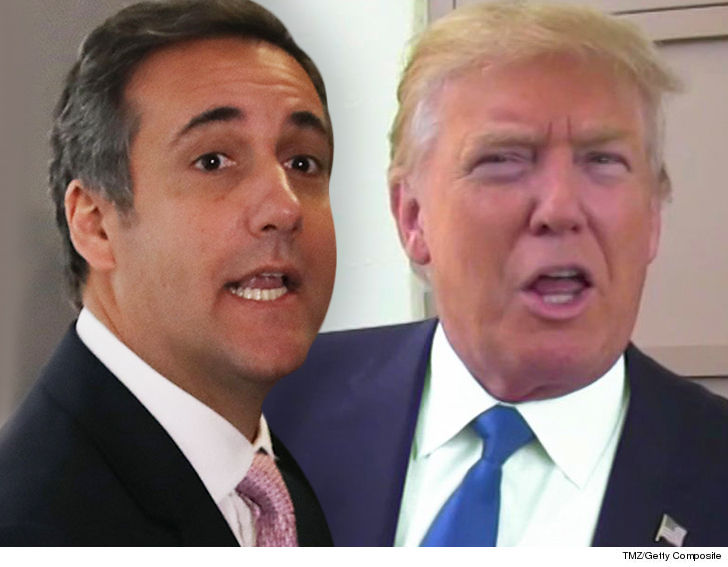 6:35 PM PT -- A spokesperson for BuzzFeed News tells us the dossier is "the subject of active investigations by Congress and intelligence agencies" and is obviously of public interest. The rep says, "This is not the first time Trump's personal lawyer has attacked the free press, and we look forward to defending our First Amendment rights in court."

One of Donald Trump[1]'s attorneys claims the so-called "dossier" that attempts to tie him and the Prez to Russian officials is total BS ... so much so, he's suing the news outlet that posted it.

Michael Cohen is suing BuzzFeed over its Jan. 10, 2017 article headlined, "These Reports Allege Trump Has Deep Ties to Russia." The reports, purportedly gathered by a former British intelligence agent, were referred to as the infamous dossier.

According to the suit, obtained by TMZ, Cohen is particularly pissed about the dossier claim he used his wife's and her father's Russian ties -- she was born in the Ukraine -- in order to set up a meeting with a Russian property developer. Cohen denies the allegations.

He also refutes the dossier report claiming he met with Russian officials while in the Czech Republic. Cohen says he's never even been to the country.

In docs, Cohen says even though BuzzFeed admitted the "collection of memos" contained unverified information ... it still defamed him merely by republishing the bogus information.

Cohen calls the reports a collection of "muckraking statements" designed to harm his reputation, and connect him to alleged criminal contact between the Trump administration and Russian officials.