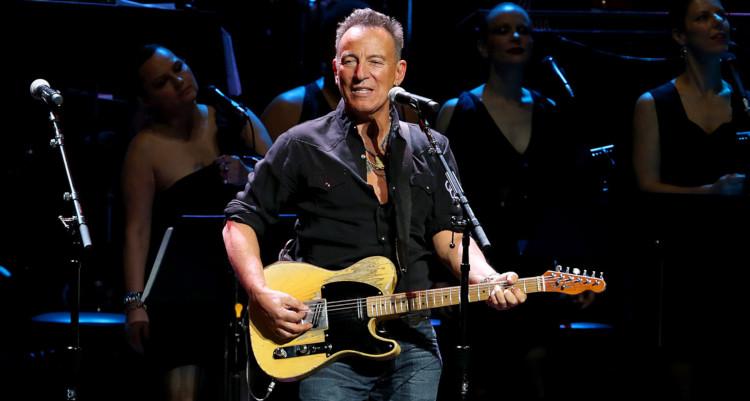 Born in the USA - drunk in New Jersey. It has been revealed that back in November 2020 Bruce Springsteen was arrested for DUI. Clearly the Jersey rocker may have been born to run but not to drive!

Bruce Springsteen was busted for DWI and reckless driving in his home state of New Jersey late in 2020. This was revealed by authorities only rafter he appeared in a Super Bowl commercial for Jeep. Oops!

Officials with the National Park Service (NPS) confirmed that the Thunder Road singer, 71, was arrested at Gateway National Recreation Area in Sandy Hook, New Jersey, on November 14, 2020. Better someone should steal his thunder and get him off the road.

Springsteen was slapped with three citations by police: driving while intoxicated, reckless driving and consuming alcohol in a closed area. The singer, song-writer and guitarist proves again that he is a triple threat - to himself!

No further details in the incident have yet been released, but the rock legend was said to be 'cooperative throughout the process', according to NPS spokesperson Brenda Ling. Of course he was... he was drunk!

News of his arrest comes just days after 96.4 million viewers saw him star in ad for Jeep during the 2021 Super Bowl. It's unclear whether Jeep was aware of Springsteen's legal woes at the time of production.

What is clear is that Springsteen is another example of a woke celebrity who can't live up to the self-righteous hype he espouses. Meh.