The application deadline is being extended due to the ongoing, worldwide fight against COVID-19 pandemic.
... Read more ...

As overdose rates rise in Philly's Hispanic community, racial disparities in healthcare add to the ...

In recent years, the opioid overdose crisis ravaging Philadelphia has often been painted as ... But deaths involving opioids alone dropped in 2019.
... Read more ...

3 lead police on a chase after breaking into Marijuana Dispensary

This is the third instance of drug smuggling at this port this month.
... Read more ...

A drug used to reverse opioid overdose is credited with reviving a driver found passed out behind the wheel of a car at an intersection. At 9:53 a.m. ...
... Read more ...

Harrisburg, PA – The Pennsylvania Department of Health announced that as of earlier this month, the Medical Marijuana Program has exceeded five ...
... Read more ...

The Surprising Reason the US May Be Reluctant to Legalize Marijuana

Among the many issues that'll be getting more of a spotlight than in year's past this election is marijuana. In each of the last two years, Gallup's ...
... Read more ... 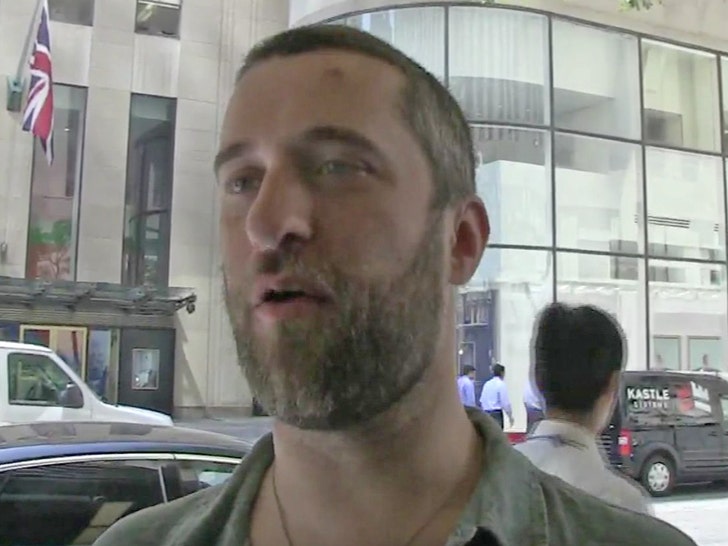 Dustin Diamond[1] needs to be saved by more than the bell if he wants to keep his home in Wisconsin -- the bank is knocking on his door and looking to foreclose.

The "Saved By The Bell" star owes Wells Fargo a whopping $269,329.36 -- according to legal docs obtained by TMZ -- and the bank is asking the court to sign off on the foreclosure.

Dustin tells TMZ ... he didn't even know he was so far behind on the mortgage, because he hasn't been to the Port Washington property since January of last year, as he's been living in Florida instead.

Screech says he moved into the house way back in 2003, when the property was worth $340,000, and tells us he plunked down a $68,000 down payment. He says he doesn't understand how he owes such a large sum. Homeownership ain't easy, or cheap.

Dustin's got a lot of other problems at the pad ... he says a friend alerted him to a busted water main last fall, and the leak was so bad water was flowing out of a first-floor window.

Screech says he lost 30 years of memories in the home's flooded basement ... his comic collection, instruments, chess collection, family pictures and videos were all ruined.

Dustin tells us ... "Foreclosure means nothing when a house is destroyed ... with my items I've lost, it now feels like Wells Fargo is trying to kick me when I'm down."

He says he never went to check on the pad last winter because his friend said the water main break froze over, and there was black mold. He was waiting for the ice to melt to return, but the pandemic ruined that plan.

Dustin still hasn't been back there, and says he

In January 2015, Denver Nuggets point guard Ty Lawson was arrested in Denver and charged with DUI. Lawson was stopped late at night when he was caught travelling 61 mph in a 35 mph zone -- like a boss! ... or really just some drunk basketball player.

Mike ‘The Situation’ Sorrentino checked out of rehab a few weeks ago. He has now opened up and is willing to reveal all about his problems with drug use.

Stephanie Seymour, former Victoria's Secret lingerie model, in a Connecticut courtroom appearance, has applied for an alcohol rehab program. She and her lawyer are hoping that will lead to dismissal of her drunk driving and leaving the scene of a crash charges. Looks like things have gone downhill and apparently into a pole for the 47-year mother of four.