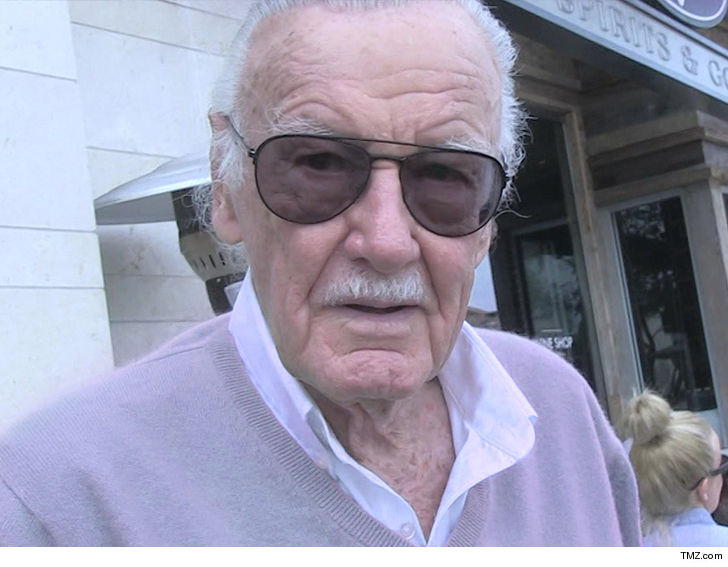 Stan Lee[1]'s house was swarmed by cops Thursday after a man allegedly refused to leave his property.

Law enforcement sources tell us they were called to the Marvel founder's L.A. home after a former bodyguard of Lee's showed up. We're told both Lee and his daughter asked Max Anderson -- a convicted felon -- to leave, and when he refused, they called police to intervene.

Our sources say reps from adult protective services were also called. Once officers arrived they spoke to Anderson, and we're told he agreed to leave peacefully.

Stan has had a rough past few weeks ... he was taken to the hospital[2] earlier this month for heart trouble and cops are investigating the unauthorized purchase[3] of an $850k condo made in Stan's name.

On the bright side ... "Black Panther," which he co-created, is already killing it at the box office.

In response to Thursday's incident, we're told Stan has hired private security to watch his property 24/7 to prevent any more intruders.

No, he's not hiring King T'Challa to watch his back.