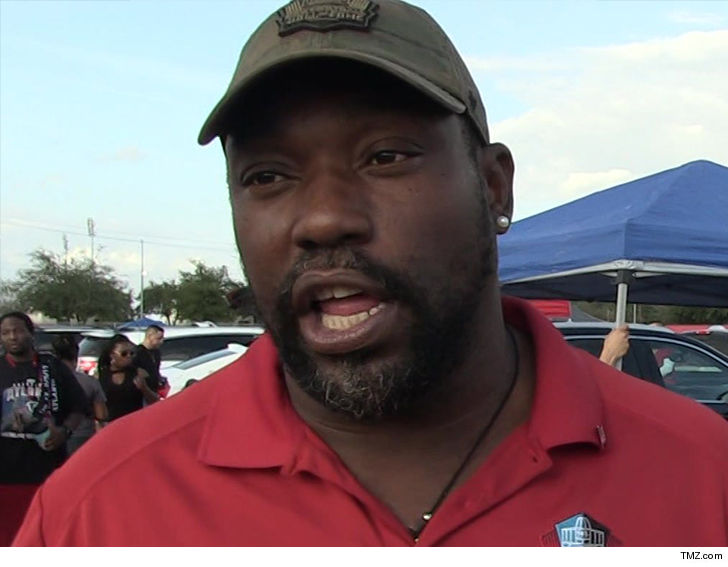 Warren Sapp[1] says he's INNOCENT -- claiming the woman accusing him of drunkenly running her over at a 2015 Super Bowl party was so wasted that night, she's clearly misremembering the facts.

We broke the story ... Sapp is being sued[2] by Paula Trickey -- who claims she was hanging at an ESPN party in Arizona on Jan. 30, 2015 when a sloshed Sapp came out of nowhere and bowled her over, causing serious injury.

Sapp was served with his summons earlier this week in L.A. when a process server posed as a fan and blindsided him[3] by slapping him with his court summons.

Now, Sapp's rep, Brandon V. Chretien, is firing back ... telling TMZ Sports simply, "Mr. Sapp was never at the ESPN party where Ms. Trickey is claiming she had a run in with him and no one will be able to produce pictures that suggest otherwise."

"It's on record that Mr. Sapp was hosting an 'NFL Alumni Association' party where Pitbull[4] was performing that evening of January 30th, 2015 and this was a completely separate event from the ESPN party that Ms. Trickey is alluding to."