Jared Fogle Thinks He Got Screwed and Larry Nassar Got Leniency

Jared Fogle I Got A Raw Deal ... Nassar Got Leniency! 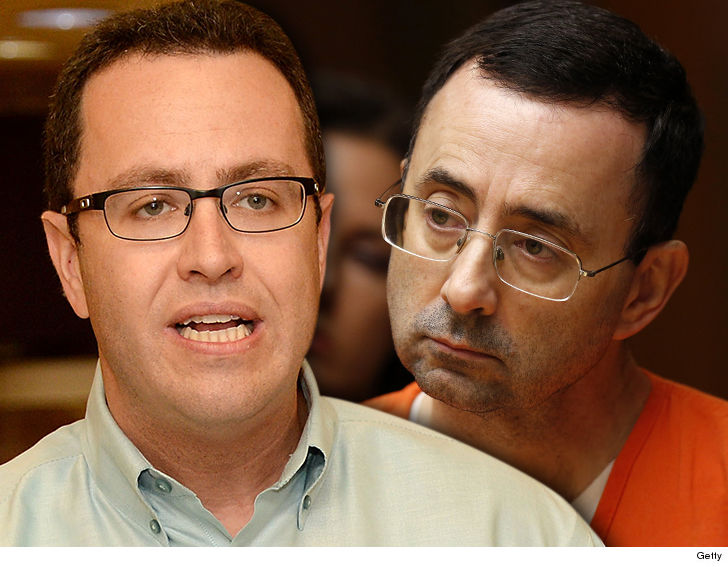 Jared Fogle[1] might have his most ridiculous legal argument yet for a judge to undo his plea deal -- and Larry Nassar[2] is his exhibit A.

Fogle filed docs seeking to withdraw his guilty plea, and focuses on one of his many charges ... traveling for the purpose of engaging in illicit sex. He points out Dr. Nassar did NOT get slapped with this charge, and Fogle clearly thinks he should have been.

Yes, it's true ... Nassar was traveling with Team USA Gymnastics when he committed some of his crimes. Fogle, who filed the docs himself, thinks there was some bias against him because he did get that charge. He thinks he and Nassar should have gotten equal treatment under the law.

Here's why Fogle's not a great lawyer. Just one of Nassar's several sentences was for 175 years -- whereas Fogle's doing 15. He's asking the court to let him withdraw his guilty plea, presumably to get a do-over in his case.

Careful what ya wish for, jackass.