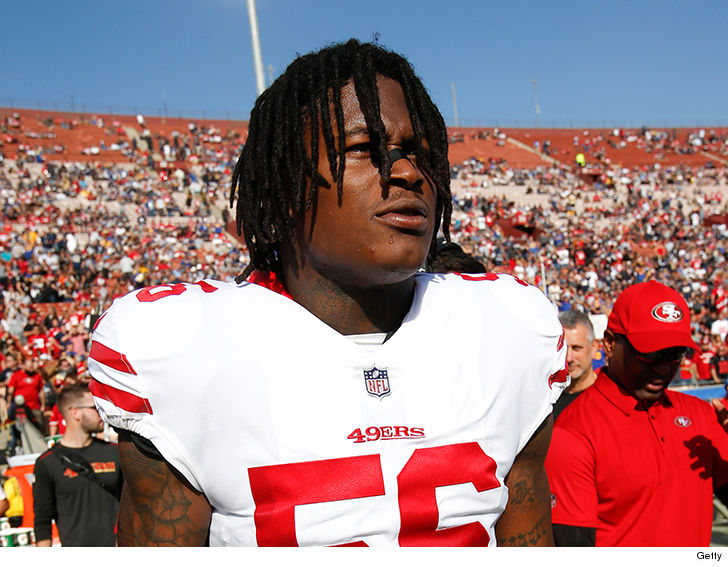 San Francisco 49ers linebacker Reuben Foster was arrested this weekend for domestic violence and possession of an assault weapon ... making this his 2nd arrest in a month.

According to the Los Gatos Monte Sereno Police Department ... Foster was arrested Sunday morning after cops responded to a welfare check and possible disturbance call. They say the 49ers star was arrested without incident.

He was booked on three separate charges -- domestic violence, threats and possession of an assault weapon. No further details were immediately available.

Foster was also arrested in Alabama about a month ago to the day for marijuana possession.

The 49ers responded by saying ... "The San Francisco 49ers organization is aware of the report regarding Reuben Foster. We take matters of this nature seriously and are gathering all pertinent information."

Selena Gomez Hits Musical Gold With Her New Single About Empowering Girls and Self Respect.

Just Kidding... It's About Sex!

Selena Gomez the once unstoppable Disney star that millions of girls look up to has just had several songs from her new album leaked. And with that, she signals the direction to look may not be up... but down!