Quavo's Attorney Says No Video Evidence in Nightclub Fight, No Reason for Arrest

Quavo No Vid Evidence in Nightclub Fight ... Says His Attorney 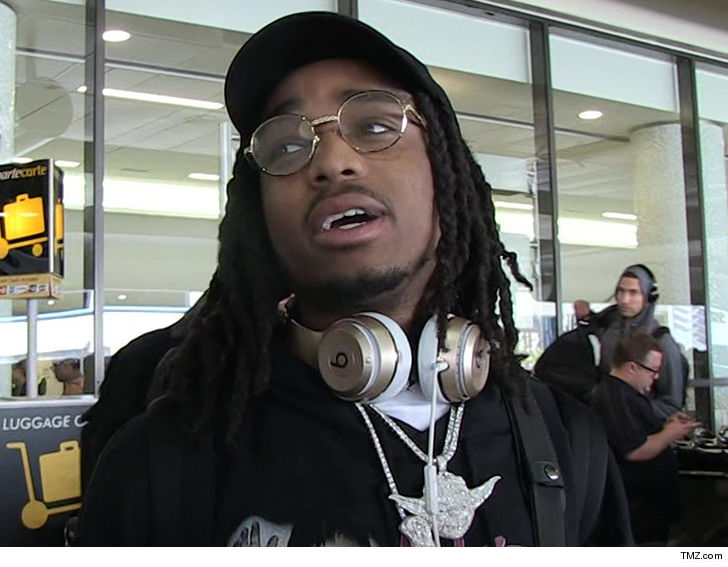 Quavo[1] doesn't have a thing to worry about when it comes to an arrest in the 1 OAK nightclub fight in NYC, because video shows he didn't touch the alleged victim ... according to Quavo's attorney.

Drew Findling tells TMZ ... he's seen surveillance video from inside 1 OAK on Grammy night, and it shows Quavo did NOT "come within 3 feet" of Eric the Jeweler. He says the video does show an altercation, but Quavo wasn't involved.

TMZ broke the story ... Eric says 2 men jumped him[2] in the club, and possibly jacked his $30k chain. He claims Quavo was one of the attackers. Law enforcement sources told us NYPD was preparing to arrest[3] the Migos[4] rapper for the fight.

That's news to Findling who says, based on the video, his client is in the clear -- plus, he hasn't heard a peep from NYPD about a possible arrest.

One more thing ... Findling says the video shows Eric walk in the club with his chain, AND walk out of the club with it still around his neck.