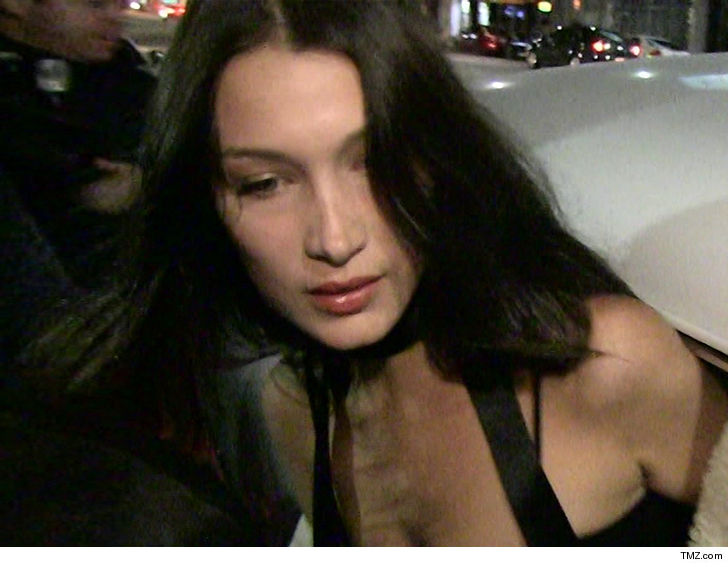 Bella Hadid felt a guy who's allegedly been threatening her on the Internet, got a little too close -- and thanks to her quick thinking, police were able to bust him ... TMZ has learned.

The 37-year-old man was arrested Thursday around 9:30 PM ... according to our law enforcement sources. We're told the model called police after she noticed the man had posted a photo of her apartment building.

Cops believe the suspect is the same man who's been sending Bella messages over social media, threatening her and her family, since December.

He was arrested shortly after Bella called it in, but it's unclear where he was when NYPD caught up to him. We're told he was booked for aggravated harassment and stalking, and was still in custody as of Thursday night.